The Horrors of War and a New Perspective on Death

Some of my earliest gaming memories are of Mortal Kombat. Decapitation, spine rippage, and impaling were everyday occurrences during my childhood. As a result, I’ve never been particularly squeamish about violence. But I can’t give Mortal Kombat all the credit. I was always excited for Halloween as a kid, not because of trick or treating, but for the monster movie marathons I would watch with my dad. And I don’t just mean the usual Frankenstein and Dracula either, but movies like The Blob, The Fly, The Thing, and Them! I didn’t care about candy; I cared about watching terrifying creatures killing and maiming their helpless victims. I was never scared, it was fun! It was entertainment, just like Mortal Kombat. Death, and more importantly “the act of killing” was something that happened on the television screen. It was merely part of the story, an entertaining diversion, and the story must go on. Shao Kahn never stayed dead after all. No matter how many times I froze him and shattered his body into little pieces, he’d always be at the top of that tower, waiting for me to kill him again. 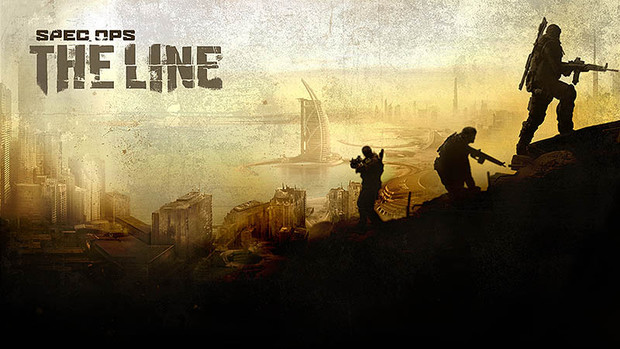 A funny thing happened last week. I’ve killed countless people in video games without a second thought. Let’s face it, shooting and stabbing and fireballs to the face are fun. I’ve seen countless dead bodies on television shows and movies, some killed in the most gruesome of ways. All in the name of entertainment, for the sake of the story. But Spec Ops: The Line made me turn my PS3 off for two full days. Your name is Captain Walker. Your squad mates are Lieutenant Adams and Sergeant Lugo. The turning point in Spec Ops is when you and your squad of “hardened killing machines”, as Sergeant Lugo jokingly calls himself in the earliest portion of the game, shell an entire squadron of soldiers with white phosphorus mortar rounds. It’s the only way to break through their ranks as you’re woefully out-numbered and out-gunned. Lugo protests, desperate for another option, but you’ve given the order. When the smoke clears, the game forces you to survey your handiwork. Innumerable charred bodies, some still crawling, gasping for help. It’s a horrific scene, but it isn’t until you discover the civilians caught in the crossfire that your heart stops. Women and children burned to a crisp. These are the people you were supposed to save. Lugo is screaming at you, saying you’ve turned them into murderers. You tell him to shut up and keep moving. The cut scene ends, and the game continues. I tried to keep moving, to follow my own orders, but with every step in that sand my motivation to keep playing lessened. We encountered more soldiers, and while Lugo and Adams move up and start fighting, I took cover. My movements are lethargic. I don’t care anymore. I stand up out of cover and let myself get shot. I turned off my PS3 before the loading screen can even finish. And then it hits me, I just committed suicide in a game.

It took me two days to continue this story of death and destruction. Of bad decisions and even worse consequences. Of the horrors of combat and the life and death scenarios that come with the territory. The psychology of a soldier. What it means to be human. Spec Ops pulls no punches when it asks these questions, and it asks a lot of questions. I doubt I’ll gleefully murder all the inhabitants of Megaton City ever again. And what about all the Nazis and Russians and “generic middle eastern terrorists” I’ve mowed down in the past? A lot of those guys probably had families. What about that guard? You know the one. He was just doing his job. And I just slit his throat. Not a care in the world. Death isn’t just a part of the story; it’s the end of someone else’s story. Spec Ops: The Line achieved what 22 years of consuming violent movies, television, games, and literature could not, it made me think about my actions. It made me question my sanity.

The finality of death never hit me until a few months ago, when my grandmother passed. It wasn’t unexpected; in fact it was a long time coming. She had been suffering from dementia for a few years now. The last time I saw her alive, I didn’t say goodbye like I always did. I thought I’d see her again. I’ll always regret that. But I finally cried tears of sadness. Not much mind you, I’ve simply come to terms with the fact that I’m not much of a crier.

As I’m finishing this blog, I started to google Spec Ops to see other people’s reactions. It seems that many people reacted in the exact same fashion that I did. Turning off the game at that turning point is a common occurrence; it’s even something that happened during product testing.
I also found that freelance writer Brendan Keogh has written an entire book about Spec Ops: The Line. Judging by this exerpt provided by Kotaku, it might be worth checking out.
Login to vote this up!