Looking Back: Wii hardly knew U 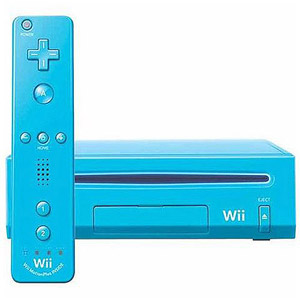 Out of all the game consoles to be released over the decades our medium has enjoyed a place in our homes few have managed to conjure up the same success, debate and controversy as Nintendo's Wii. In fact, no time during any console war have I seen such mixed and polarizing views regarding a piece of hardware. An experiment that started out with a thunderstorm of excitement has now died with a quiet whimper while it's successor has stepped into the limelight. Looking back at the history of our favourite pastime it's hard to think of anything quite like the Wii. It's single handedly done so much for gaming and it's easy to forget all that it was in the face of it's recent shortcomings. During Nintendo's 2006 E3 presentation when they showcased the console's software and features I was more excited for a product than I had ever been before in my life. That excitement came to a fever pitch when my friends and I waited in line outside our local Best Buy to purchase our consoles later that year. I was first in line and the Wii was the first console I had ever purchased for myself with my own money. Despite it's currently less-than-spectacular standing amongst gamers I wanted to take a trip down memory lane so that I could share with you why the Wii is my favourite console. When I was 12 I discovered my father's Atari 2600 in storage and the discovery alone had enough of an effect on me to turn me into both a collector and a retro gamer. One of the console's features I saw as being particularly novel was it's multiple controllers. You see, on the 2600 developers weren't limited to just one controller that they would have to develop all of their games around. Instead they were offered several that could accommodate a wider variety of play. The Wii is most famous for making motion controls popular but the Wii Remote is just one option that is available to the developer and the player. Most games feature the option to play whatever way you feel most comfortable with and additional options like the steering wheel or the Zapper offer an affordable arcade-like experience.

Silent Hill: Shattered Memories stands as the most hauntingly beautiful game I've ever played and one of the best looking games I've played all generation.

The Wii may not be able to offer the same HD experiences as it's competition but instead it offers something entirely different. When game developers aim to make a visually striking title on the Wii, it's a challenging proposition to say the least. Where the other machines available offer a larger canvas and palette to work with the Wii is much more modest in it's ability to render a game's environment. However, with an interesting art design, attention to detail and a determined programmer the Wii has the opportunity to show off something unique. Game's like Silent Hill: Shattered Memories make up for the hardware's limitations by offering fluid character animation, impressive lighting and weather effects and meticulously drawn models and textures. Developer's like High Voltage Software approach this challenge from a different angle by seeing just how many modern-day special effects they can get the Wii to display in title's like The Conduit. Game's like MadWorld disguise the console's limitations with a "Sin City" art style and later titles like Skyward Sword and The Last Story push the Wii to it's very limits. So while the Wii cannot deliver the same experiences as the competition, I feel it offers a wider variety in the approaches it takes to instilling a sense of awe.

The Wii's Virtual Console offers the most comprehensive backwards compatibility seen this generation.

During Nintendo's 2006 E3 presentation there was one bullet that had already sold me on the system and it was given so little attention during the conference that it's probably hard to remember that they mentioned it at all. Nintendo stated that the Wii would not only be compatible with the complete library of GameCube software but that it would also be able to play NES, SNES, N64 and Genesis titles as well. My jaw dropped at the thought, and while DLC may be commonplace now, it was still very new during the Wii's inception. Being able to pay for, download and play old titles is the single feature that sold me on the console. That may sound strange but I'm a game collector, and at the time I had more than a dozen consoles connected to my television. Being able to play all of those titles from one machine is a feature I think many of us take for granted. And while the VC's library isn't as expansive as I'm sure many of us would like, it still gives us the chance to play some of the best titles in our medium's history.

Let's face it. Hardware is nothing without the software to back it up and one thing the Wii has an abundance of is software. The Wii's simple design makes it much less expensive to develop for and this has had the effect of delivering some truly unique play that would have maybe been a gamble on more expensive hardware. While Nintendo seemed content to rest on their laurels this generation 3rd party developers were eager to take their franchises in different directions. Titles like Castlevania Judgment, Soul Calibur Legends and Resident Evil: Umbrella Chronicles took their series' in new and interesting directions. Sega seemed to get a second wind after their company's restructure by delivering the best content they've had since the Dreamcast with titles like NiGHTS: Journey of Dreams, Sonic Colors and House of the Dead: Overkill. And Nintendo really stepped up their games with a slew of great new first party titles that were a cut above their offerings during the GameCube days. Nintendo had dozens of great AAA titles that were only available on Wii and to me, that's reason enough to invest in a console.

The Wii receives a lot of criticism for just how different it is from the 360 & PS3. Much of that criticism is probably deserved if you're looking for something closer to what's available elsewhere but my decision to get a Wii was made because I wanted something different. I've played some truly remarkable experiences on the 360 & PS3, some of which are real stand-out moments for me in gaming but I remember the Wii most fondly. I think the Wii U will probably have the same strengths and weaknesses it's predecessor had and maybe that will be enough to get me to invest in one soon. But in the meantime, my Wii will still see plenty of use.