10:34 PM on 12.04.2012 (server time)    0
My last post seemed to stir up a little controversy. I read all the responses and I appreciate the counter points and criticisms you guys threw in there. Still however my opinions are my own and I only use this blog as a soapbox to speak my mind in both good and bad. Now onto this past year...

The year started off like so many other years...slow. In January there was only one game I played and that was a title from the previous year, To The Moon. Since To The Moon was released on Steam for the first time this year I am going to put it on my GOTY list for 2012. It was my favorite game from the early part of this year and easily finds its way to my list. The following month we saw the following releases - Darkness II, Kingdoms of Amalur, Shank II, Twisted Metal, Syndicate, SSX and Binary Domain, plus many more that I am not mentioning since I didn't play them. Of those games I barely spent much time with any of them since they were all pretty average. I was pretty excited to see what they were going to do with Syndicate too. I was hoping for Deus Ex only to be sorely disappointed.

March was the biggie though right? I mean Mass Effect 3 was being hyped like the second Star Wars trilogy. Sadly the comparisons between the two don't stop there... Yes the ending of Mass Effect 3 both before the redux and after upset me greatly only to further my anger by hearing later on in the year that the series was in fact not over and another Mass Effect was indeed in production. I am not going to get to deep into it since I have already done so but yeah ME3 needless to say does not go on my list. Still though there are two games from March that do reach my GOTY list and those are Sine Mora and Journey. Journey is just that and Sine Mora is blast from the past in the best way. It much like Jamestown before it brings shoot em ups to a new level and I hope to see more from both companies.

April had FTP gems Blacklight Retribution and Tribes Ascend which are games I did enjoy but do not earn a spot on my GOTY list. The games that do however are Fez and The Walking Dead. The latter of which can earn 5 spots on my GOTY list but I will just keep them as one. Fez on the other hand is an experience that more gamers need to enjoy. It is a brain scrambler that will have you up for hours solving puzzles. The month of May was all about Max Payne 3 and Diablo III for me. Both of which earn their way onto my list. One other game to note that I enjoyed was Sniper Elite V2. It was far from a perfect game but I enjoy games of its kind that add the element of choosing/creating your path to the end of the level. June was the end of the 2nd quarter and the only game of note that I can think of was one that almost made my list, Spec Ops The Line. Spec Ops The Line was this years Warhammer Space Marine for me. It was a 3rd person FPS that had a unique look and a decent story. Still though not enough to get on my GOTY list.

The second half of the year started off as slowly as the first. The only game I partook in July was Orcs Must Die 2. It was a fun game but only served as a minor distraction for me. Then I was blown away in August by the release of Sleeping Dogs. It was GTA meets Assassins Creed in all the right ways. The city felt more alive than most games of its kind and it had some pretty sweet graphics. It easily finds its way very high up on my list along with other August releases Dark Souls and Guild Wars 2. Guild Wars 2 in fact was the MMO that broke my 3 year old no MMO boycott and took a lot of hours of my life away. September has 3 games that I put on my GOTY list - Torchlight II, Black Mesa, and Borderlands 2. Of those 3 the biggest accomplishment was from the Black Mesa team that reintroduced us to the most important FPS ever released, Half Life. They did such a fantastic Job with Black Mesa.

The last couple of months though really have defined this year. The cleanest releases of this entire generation. Games that push the aging platforms to their limits and produce some of the best experiences this entire generation. NBA 2K13 is one of the only sports franchises to have made significant enhancements year over year and 2K13 stands as the best example of video game sports this entire generation and perhaps maybe ever. Dishonored filled the void that was left when Bioshock Infinite was pushed back to 2013. X-COM Enemy Unknown brought the tactical genre to a level never seen before. Need For Speed Most Wanted blended my two favorite arcade racers (Burnout Paradise and Need For Speed Hot Pursuit) into one. Assassins Creed III is the first AC that I have enjoyed since ACII and features one of my favorite open worlds ever. Halo 4, what hasn't been said. 343 has made the best Halo since the original from 2001. Black Ops 2 was the game that entering the holiday season I was least excited for. At the end of the day though It wasn't too bad and though not as revolutionary as COD4 was is the best entry since that title in the COD franchise (It has also solidified the Black Ops series next to the Modern Warfare series as their own COD entities).

Just two games left and these two just may be my favorites overall. Hitman 2 and Far Cry 3. Hitman is a series that goes back a long time for me. Hitman Codename 47 was the game that I used to show off to my friends that didn't have gaming PC's back in the day. It has remained one of my favorite franchises up there with Half Life and Elder Scrolls. The latest release is by far the most advanced and yet it is streamlined. It is a perfect example for a developer to see how to properly make a game less complicated and still have a challenge. Then there was Far Cry. Another series that I have loved since the days of Crytek. Far Cry 3 blends the best from the previous two games and propels video game graphics to the most advanced they have ever been. I think this one officially steals the title away from my previous title holder, The Witcher 2. Far Cry 3 was a game that before its release I was starting to have serious doubts about. It also prompted me to write this blog. I had not played it as of the writing of my previous and very dark blog post. It just goes to show you that after 20+ years of gaming that I still get surprised every now and again.

To summarize my list in its entirety I first must mention that there is no winner since all the games I mention are very unique. They are all games that I will gladly recommend to anyone that has any interest in gaming. Here is the entire list in Picture form. 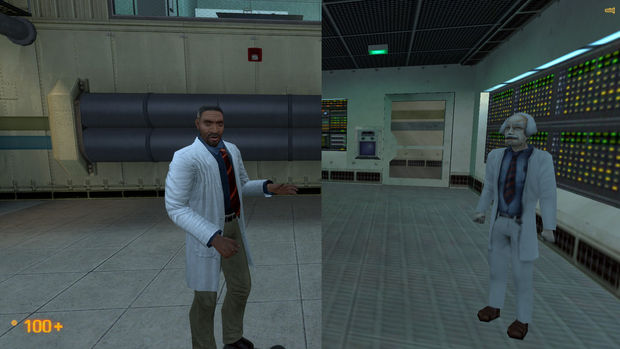 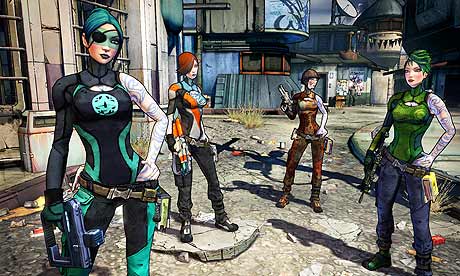 That's it overall this was a pretty good year for gaming. I have listed over 20 games that I believe defined our industry in 2012. Thanks for reading guys!
Login to vote this up!