7:40 AM on 12.04.2012 (server time)    0
Welcome back to the final installment in my criminally over-long look at Final Fantasy XIII. This part is going to be all about nice and good things. It's hopefully going to be a very fun and chill experience, to balance out all that vitriol from the last part; here's a link for that if you missed it. 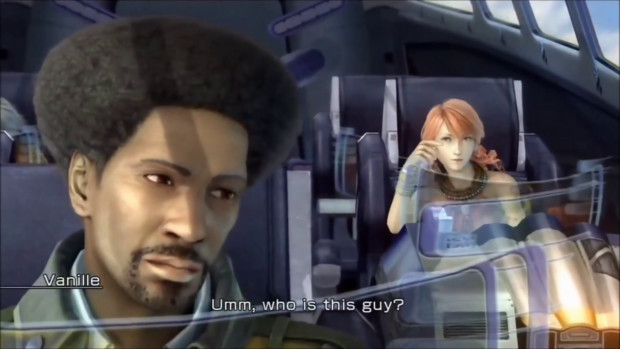 Another great feature that all RPGs should have as far as I'm concerned is that all your characters level up at the same pace. I can't tell you how needlessly backward it is to stick you with an under leveled party member, and I can't tell you how many games still pull that trash like it's a good idea. Granted, the way this game is designed, not having that feature probably would have rendered the design completely untenable. But it's a really cool feeling jumping up several levels after a cast change.

One of my biggest problems with the combat is that the ideas they had were great on paper, but were executed awkwardly or poorly. The auto-battle feature is great in concept; theoretically, it frees you up to switch your brain over to the broader strokes of the battle, rather than which attack does more damage against this specific enemy type. And that's a cool quality for your game to have, being able to switch between two different aspects of a single battle. It doesn't really pan out, but it's still kinda neat, even when you're using it sometimes.

If they had structured the roles around more clearly defined relationships to the chain gauge, then I think the whole game would have just opened right up and offered much clearer enjoyment of the game's tactical depths. As it stands though, it still does draw the attention toward the paradigm system pretty effectively, even if it does up being more frustration than it's worth. But, again, bad execution doesn't discount the fact that these are some pretty cool ideas. Ones which I wish had been executed on better for sure.

At the end of the day, I may not have convinced you to go out and buy a new copy of the game, but maybe I've made you think about it in a different way than you did before. Public opinion can be important with games. Just look at Final Fantasy XIII-2. They put towns in because people complained about there not being towns in Final Fantasy XIII. Now, I can't think of a single thing that towns would add to a game like Final Fantasy XIII, and I doubt the developers could either. But that's what people said they wanted, so that's what they added to the sequel. The same can be said for the map design and the side quests.

It seems to me that there is a firmly-set, canonical vision of what Final Fantasy XIII is and where it succeeded and failed. And as you might have gathered from reading on this far, I don't necessarily agree with that vision. As a result, we now have a sequel that didn't really make any attempts at fixing the problems with the combat and general game play. So if the most our criticism can produce is 'The game needs towns.' or 'The characters don't have any personality.' then we're only ever going to get what we asked for.