The thing with Nostalgia Lane... I recently visited my old high school I graduated from seven years ago. I've never been around that town much since college, girlfriends and...you know...stuff made me move out into the big big world without looking back.
However, a few weeks ago I felt that itch. This itch that tells you to "you know...just checkin' on things", when in fact you just get nostalgic and want to relive something again. So I hopped the train and went back to the place that ate up a significant amount of my youth.
To make things short(er): it was like you'd expect such a trip to be: I wandered around and met some of my old teachers. Some recognized me, some didn't (mostly the ones who started working there after I finished school which where, to my surprise, not so few). I had a coffee with my old history teacher who gave me straight As for my graduation. Several warm memories flooded my serotonine-receptors...but I noticed some changes that just stood out. The old Pavillon, where I spent 5th grade was no more, a new cafeteria was built and the whole look on the inside has changed....OUTRAGEOUS. Or so I thought at first....

What does all this have to do with video games? Quite a bit actually (besides sharing 3,5" inch Floppy discs with the hottest 386-compatible games out there), because a few weeks ago, I also reinstalled one of my most beloved classics: Deus Ex.

This game is one of my all time favorites. Maybe even THE all time favorite of mine. I think the only thing that didn't really help its success was the thick-headed business decision to release it in the same month with Diablo 2...please tell me how they didn't see it coming.
I still love nearly everything about this game, especially the soundtrack and the really large, open environments, that imho only Hitman 1 and 2 have ever reached in terms of "explore and execute"-wise.

But that's just the point. I love this game first and foremost because back in 2000 I had a blast playing it...and believe me, I played the shit out of this one. It was just the right game at just the right point of my life for me back then...pretty much like Starcraft was it 2 years earlier.

Installing it now means I'm putting myself back in that mindset but this time I asked myself: Is this game REALLY so good? If you actually never played it before and installed it now, would you love it as much?

The answer to the first question is fairly easy: yup. Deus Ex is a cold classic and one of the milestones in gaming, as well as Warren Spector's career.
The second question is the tricky one in this part, because it has to do with fandom. As I mentioned HERE I don't think fandom is about blindly following, but also a healthy dose of critique...but staying true to "your" franchise nonetheless.

When I take my nostalgia glasses off it doesn't make Deus Ex a worse game. However, it shows several things that haven't aged that well...or weren't even that great in the first place.

Take for example the AI. By today's standards (and even back then) it is laughable. Enemies have their patrol route which they follow nomatterwhat, changes in the environment don't really bother them that much and when they spot you they blindly charge towards you, guns blazing. Cover? Nope. Retreat? Uh uh. Acting like a team? Ha...you wish. Even back then you sooner or later figured the system out and it wasn't really THAT difficult to do a No-Death-run of it.

Levelling up was another thing as there were clearly skills that you needed (everybody who tried to shoot someone with a weapon on basic skill level knows what I'm talking about) and those that...well...let's just say that swimming requires water of which you won't find that much in the game. And even if it's not worth exploring.

The last thing I want to harp on a bit is the story. Yup, I said it. I REALLY like the story and it's told engaging and immersive but really...when you look at the story itself it's neither new nor really groundbreaking. It's one of those Y2K-conspiracy-dystopia-cyberpunk stories that follow "Shadowrun Storywriting 101" to the T. I like that setting and it is really told well but people who are not into cyberpunk might feel like it's something they have seen already a dozen times and to be fair: they have + some of the characters were actually VERY corny ("Zis is ze raifle reignge")

Modern games are often subject to criticism and in many cases rightfully so although the reasons are sometimes not the right ones I think.
Seeing many games getting 80+ scores is something that's really happening alot but let's be honest? Seen PURELY objectively, what are modern AAA titles really doing wrong from a technical and mechanical standpoint? Not that much.

Take Call of Duty for example. One of the most criticised franchises in recent times, yet every new iteration gets good scores? Why is that? Because they are, like it or not, good games. The campaigns are engaging and paced great so that you're experiencing the equivalent of a 6-hour popcorn-action flick. Paired with a thought-through, rewarding, fast-paced (thanks mostly to its 60Hz) Multiplayer and it's easy to see, why these games are a critical and commercial success each and every year.
When we play the Modern Warfare Trilogy in 12 years, will it matter that a new CoD was released every year at that time? No, because for the game itself, it doesn't matter.
The fact, that it's basically a patriot's wet wanking fantasy of "'MURICA TEH GREATEST" are a reason one can justify his disliking of CoD with but from a cold technical standpoint, it's a good game.

Okay, Call of Duty was maybe the wrong example. Why don't we look at something, that's related to the great classic? The recently released Dishonored will do just fine.
I played it recently before I reinstalled Deus Ex and when I played the latter, I realized something:

That is not to say, that it ACTUALLY does. The AI is way better and the levelling makes actual sense fitting your preferred playstyle.
The story...well. Here we have a similarity (and yes, I realize that a lot of the folks working on Dishonored worked on Deus Ex way back). While it is told through interesting personas and is engaging enough to keep you playing it is not really original. Without spoilering:
The twist is something you smell from miles away and in both games, the maladie-du-jour is reason for the rich people to keep the poor 99% like dirt....Steampunk 101. 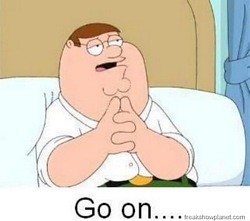 So what is my point? Newer games are superior to those from days past? No...actually not at all.

What I wanted to point out is, that Nostalgia Lane is a tricky little bitch. It lures you in with promises of sweet dwelling in the feelings of yesteryear, resting your mind in sweet memories. Some people will even flame me for the sheer mention of possible mistakes in Deus Ex. But as a fan, I have to be honest. I LOVE Deus Ex, but the AI is shite and the levelling is subpar by today's standards. The story is something, that is still not THAT great, but for the right focusgroup very enjoyable in it's own merits.
However, as a fan, I can also acknowledge things, that actually WERE better back then.
Even, with all its freedom, Dishonored doesn't reach the freedom and the long-range consequences of a Deus Ex. The ending of the newer one in particular can't match Deus Ex's one by far.

Just like my old high school. Some things were better back then (you are now actually forbidden to have earphones on in the hallways), some things stayed the same, what some people may or may not like (like certain teachers) and some things are just better now. Like the pavillon where I went to in 5th grade. It's gone now and I was a little upset about it but I thought back. The classrooms were to small, the lights didn't work properly, the toilets smelled like piss, the linoleum on the floor was so old, it started coming loose and the paint was literally falling of the wall in chunks....yeah...it's actually GOOD, that this piece of shit got demolished.

So be nostalgic, enjoy what you enjoyed in past times.

...but remember that some things are actually better in the here and now.


Oh and if your toilet smells like piss: call the plumber and don't let kids use it for several more years before a new owner can actually acknowledge that fact.