A Need For Speed Retrospective: Underground to Carbon (Part 2)

10:05 AM on 11.22.2012 (server time)    0
Most Wanted and Carbon. Two games that are polar opposites in terms of gameplay. One has you do milestone, and the other has you do just enough to conquer territories before you face a boss. They all are unique in that respect but each are also very fun in their own right too. Most Wanted with its use of the police to accrue a bounty so you can face your next Blacklist member and the other with its ability to stress when you're in a canyon as every screw up will make your opponent one step closer to overtaking you.

Lets begin with Most Wanted.

Most Wanted has to be one of the most unique games that came out of the 2nd generation of Need For Speed games. You are a driver who has just arrived into Rockport with a sexy BMW M3 which can beat pretty much any car on the street. This car alone makes you think you can challenge Razor who is Blacklist #15 and he thinks he's the toughest guy on the block despite being #15. You know...the lowest on the Blacklist...

You get to race him after doing some races to earn respect. He finale allows you to but when you do it doesn't end too well. Halfway through the race Mia alerts you that your car is leaking gasoline and that it's best to end the race fast but it's too late as your engine seizes up and you're done. Done. What happened? Razor played unfairly and Rockport PD comes in to take you to jail. Razor uses your BMW M3 to rise up through the rankings to #1 while you're stuck in jail making sure not to drop the soap.

You finale get out with small change and one new friend named Mia. She helps you out to get a new ride and a safehouse. She alerts you of what lays ahead and that you must take on the first Blacklister before you're able to get going at your attempt to get back Razor for playing unfairly by sabotaging your ride, stealing it in a sense, and going up to the top of the Blacklist because of the loser that he is.

My favorite things about those paragraphs alone is that it describes your journey from the start of the game. You're the coolest guy who has the sexiest car which then just taken right from under you. It's amazing because it's not like Underground 2 where you test drive Samanthas ride for a small portion of the tutorial of the game. It's not to say that it wasn't fun but it really didn't make you feel like you knew what you were doing.

I have to admit that the milestones and bounty has to be the best part. It's requirements like getting 3 infractions in a pursuit or ending it within' 4 minutes. Something that tests your ability to get the cops off your tail whilst also trying to gain enough of a bounty which allows you to progress through the game. This means that certain pursuits will just have to be as long as you can make them so that you can attain enough of a bounty to get the requirement for the next Blacklist member which you're going to take down.

The game looks good too. Compared to Carbon, Most Wanted does definitely have a much brighter environment. The rain is much more obvious when it is raining, the roads look beautiful no matter what, and the lighting changes like if you're under a tunnel and come out then you have to deal with the glare from the sun thus adding some unique style to the game. It's really fun to play because of that and surely makes for some interesting views from around the local Rockport area.

There's alot I could say about Most Wanted with its music being as good as any other game in the series. I have to move on though and cover Carbon or else this could go on forever as my biggest blog to date. 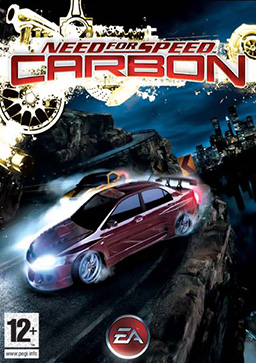 Carbon picks up where you left off in Rockport where Cross is after you. You got that sexy car of yours back but it turns out that you only got far enough to make it to Palmont where he causes you to wreck your car in a part of the road where it is under construction. Bye bye, my lovely BMW M3. Cross comes up to say hi to you but your old "friend" Darius shows up. He greets you for coming back in town but he himself has a plan for you.

My personal opinion is that Darius has to be the most methodical of enemies in the Need For Speed series. Underground has some of these guys who think they're really fast and tough when really they're not(Razor as an example) but Darius is this charismatic rich guy who plays you like a fiddle. You don't excatly know what is in store since you begin again as the guy who has to start from scratch and get a new car before being able to conquer all three districts of Palmont before taking the fourth from Darius due to him setting you up to fall. 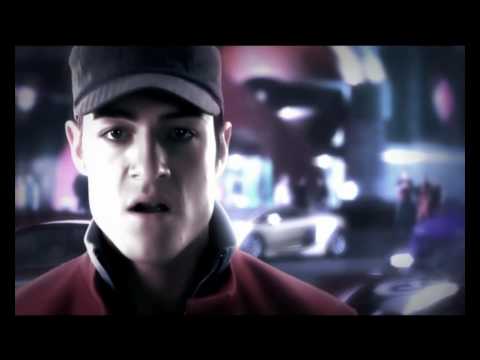 The gameplay in the game isn't too bad either. I mentioned at the start that Carbon adds this stressful element in the gameplay. This comes out mostly in canyon races when you're going against a boss as you for sure never know the true outcome. Yes, you'll get enough points on your trek down the canyon but never really overtake unless you have the power to but that's a challenge. It's once your opponent is behind you is when you get this feeling that every screw up will cost you time going down the canyon when you have to deal with points going down every second of the journey.

That's not as bad as the pursuits which most of the time happen the same as in Most Wanted when you're in races that aren't taking place in canyons. These cops are aggressive depending on the heat level of your car like in Most Wanted and make it a little hard to do a circuit or sprint when they're trying to get you to pull over. It's that element of you have to deal with the other racers as you hold your top position as well as the cops who are making it rather difficult to get to the finish line in one piece without a screw up.

These are just some of the things I remember about both games and I feel they're really fun in their own way. Most Wanted will always be a fantastic game due to how everything plays out and Carbon will always have a better antagonist than Razor ever was but they're still fun. It's best I finish here so that I can eat some Thanksgiving food and possibly play some Most Wanted again. It may be an older game but it doesn't need to be released in 2012 for me to love it.
#ShareonCommunityBlogs
Login to vote this up!