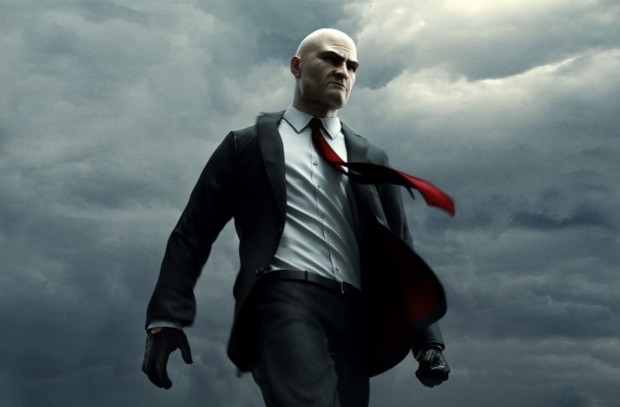 I'm starting this blog at around 5:30 in the a.m. Slight disappointment in my local Gamestop leaves me sitting here, unable to sleep. You see, for logistical reasons (lack of pre-orders at that particular store), they have decided against a midnight release for Hitman: Absolution. Now, I'm not sitting here fully distraught, eyes baggy (well, I haven't exactly looked in the mirror) anger swelling or anything, just the excitement and anticipation. That "I'm going to Disneyland tomorrow" feeling I used to have as a child.

In the past 4 to 5 years, I've not exactly found a plethora to be excited about. Not this excited. I've had games I play every month/week such as Dragon's Dogma, Splinter Cell: Conviction, Borderlands 2 and the like. I haven't purchased a special edition of anything almost ever, but all the trailers I had been seeing in regards to Absolution had given me this reinvigorated feeling. The feeling that games can still keep me up all night in anticipation. The feeling I have this very moment.

As I've stated a few blogs back, stealth games are my thing. I play them on every difficulty from beginning to end. I generally start on the harder difficulties and try that perfect run, the one you remember every other time you play. And when I get to the lower difficulty, it sort of becomes a speed run for me. I attempt a perfect run in record time. I'm by no means a 'hardcore gamer' in the regard of having to beat every game with the highest score, etc. But I am in regards to finding new ways to challenge myself and, in the case of Absolution, others.

Playing through the game, this time, won't only pit me against my prior scores or times, but in fact, also against other in Contracts mode. I can both attempt to provide challenging experiences for others, as well as find new challenges others have thought of that perhaps I hadn't. It harkens me back a bit to Timesplitters. Obviously, it's different, as that last Timesplitters had only a level editor. But the same idea was there. I created levels for my friends and I that we spent playing for days until deciding we needed another map to play.

A few other games did this, but for some reason never 'did it' for me. Halo allowed us to place objects in existing maps, even to the point of platforms that felt like newer maps. Far Cry did the same, but it just didn't do it for me. Can't quite explain what Timesplitters did for me that those games couldn't, but perhaps if you've played them back in the day, you might understand.

So, here I sit, essentially obsessed for the time being, watching the Hitman movie, playing all the trailers I've already seen (except the level play through videos after the first; I'll come back and watch those at a later time.) and counting the minutes to this release.

While I hope I'm not alone in how excited I am for this game, I'm certainly hoping you're not the mess I am right now. I've got a disease and apparently a hit is the only cure.
Login to vote this up!