Looking Back: The Seventh Generation's Greatest Contribution to the Medium

10:02 PM on 11.18.2012 (server time)    0
As this generation winds down and with the majority of it seemingly in our rearview mirror it's only natural to begin to look back. Afterall, hindsight has the distinct benefit of being 20/20 for the most part. Some of the older members of the gaming public have already been quick to label this generation as one of the most lacking in terms of innovation. In fact, the past decade has been littered with criticisms regarding the industry's supposed stagnation. Much of the backlash has been directed (and perhaps rightfully so) towards the publishers for their introduction of things like on-disc and day-one DLC, online passes and the far too frequent closures of talented studios. However, it isn't all gloom & doom. This generation has been home to perhaps one of the most beneficial innovations our past time has seen since the introduction of interchangeable cartridges for consoles. This generation we saw console manufacturers adopt digital distribution and I don't think it's significance to the future of our medium can be overstated.

Before the advent of digital distribution the industry was seeing a larger focus on "AAA" titles and significantly diminished attention towards budget titles or middle tier games. It was either go big or go home and this had the effect of leaving many talented studios out in the cold. With slowly rising development costs, publishers became less likely to invest in any project that seemed like an experiment or a gamble and developers found themselves in a hostile enviroment unwilling to entertain a risky untried idea. Despite this, the seventh console generation is home to some of the most unique, interesting and innovative titles in the history of gaming.

A month ago I was playing I Am Alive. The game was originally slated to be released as a $60 retail release but it underwent a somewhat turbulant development. However, the title is definately a hidden gem worthy of your attention. The game tasks you with surviving a very harsh and dangerous world with very few supplies and many enemies. Every move you make must be planned out and many times the odds are simply against you. It honestly doesn't play like anything I've ever witnessed before and everything about the game from it's simplistic mechanics to it's treacherous enemies and pitfalls left me speechless. The game is standout enough for me to write a blog just about it but what really struck me while playing it was that it wouldn't have been possible for me to play this game without digital distribution. You see, the title was almost scrapped entirely and if it weren't for the low overhead of PSN, XBLA & Steam, I'm certain it would never have seen the light of day. The game was priced at $15 but for the interesting concept alone I would've paid upwards towards three times that for a chance to play it.


In a time when gamers are constantly looking for just how much value they can out of every purchase they make games like I Am Alive deliver fantastic experiences you would expect from a retail release without the high price of admission and it's not the only game to deliver on the promises of this new era of online shopping.Games like Torchlight, The Walking Dead or The Legend of Grimrock are eschewing brick & mortar retail releases in favor of being released digitally first. And these types of "AAA alternatives" aren't the only games benefiting from the advantages offered by such a marketplace, nowadays it's all too common to see digital platforms offering indie titles like Limbo, Fez, Braid or Cave Story. All of these titles that have defined some of the most memorable and enjoyable moments for me in gaming would never have been made available to me otherwise. And new and different experiences are what excites me personally as a gamer and I wouldn't give them up for the world. 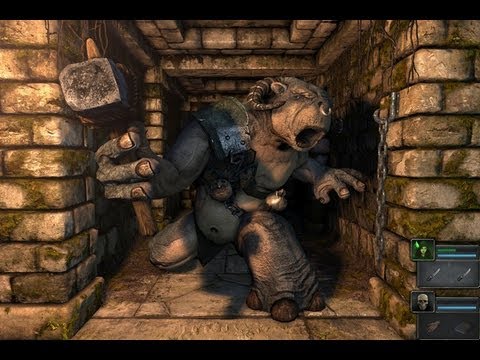 Are you sure this game doesn't cost $60?


Also, games made for a niche audience based on old-fashioned designs are once again made viable in this new, more forgiving climate. Point & Click adventures for one are seeing a major comeback thanks to digital. One example I'd like to mention is DarkStar. It's a first person QuickTime VR adventure game akin to Myst or The Journeyman Project. Games like this stopped being made in the mid-90s (arguably for good reason) but I can't get enough of them. It's seemingly strict adherence to that formula is part of makes it appealing to me and the rest of the game's fans but this design philosophy would have spelt certain doom for the product on retail shelves. Instead it was released online first where it could obtain a cult following and become a small success of it's own.

All of this goes without mentioning the plethora of retro re-releases we're privy to. I love looking to the past for something new to play and I love looking at any title I may have missed. Digital distribution offers us a way to preserve our pastime's heritage. Many of gaming's classic moments need to be shared with newcomers to the media, they should all be readily available in one form or another and while the currently available services (Nintendo's Virtual Console, GOG.com, etc.) are far from ideal they at least allow a large portion of gaming's past to be made available to the masses without requiring you to break the bank on expensive, antiquated hardware. Plus it gives titles like NiGHTS into Dreams... or Beyond Good & Evil a second chance when they were overlooked in their original form.

There are many things worth criticising about this generation of consoles. But when I look back at how much fun I've had with interesting new titles, fun throwbacks and retro games and how little I paid for it all I can't help but feel like things will be ok going forward with this new download initiative. Sure it has it's downsides and you may feel like you're losing something by not having an actual physical copy, but I think the pros far outway the cons. Puting it simply, I'm getting more games then before for less, and I'm having more fun then I ever have before with video games. And we're only getting started, the future looks very promising to me and I for one cannot wait to see what's made available next.
Login to vote this up!