6:30 PM on 11.17.2012 (server time)    0
If you read my first blog about Ultima VII you may remember that I finished it with the Avatar having just left the gates of Trinsic, ready to venture out into the world of Britannia...

I decided to head North, and before long I came across a stage at the side of the road. It seemed a bit strange having a stage set up pretty much in the middle of nowhere, but there were a few characters strutting back and forth across it so I decided to approach them and start up a conversation. It turns out they were members of "The Fellowship", a group that I had met a couple of members of in Trinsic. After I paid them a handful of gold they proceeded to act out a "passion play" for me which I think was supposed to demonstrate the philosophical ideals of The Fellowship, but as my companions pointed out once the play was finished the whole thing was quite confusing and ever so slightly sinister. 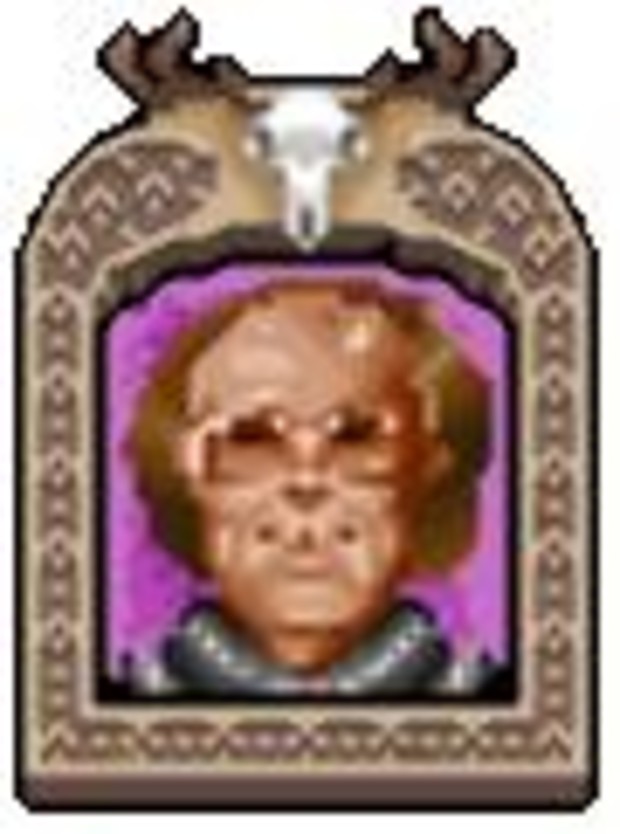 Jesse. He actually looks quite hideous, doesn't he?

I mentioned in my first post about the clever dialogue the game presents you with, and Jesse really epitomises that. In a wonderful display of fourth wall breaking, he proudly boasts that the play is over 100 hours long, and his biggest lines are "Name!" "Job!" and "Bye!". This actually made me laugh out loud, because those three lines are what you are presented with whenever you double click on somebody to interact with them in the game.

I'll leave it there for now. I'm still exploring Britain, and I haven't even encountered Lord British yet. It really feels like I'm only just starting my adventure.
Login to vote this up!