The terrible torture of an updated Revelations 2012

1:38 PM on 11.14.2012 (server time)    0
Credit is owed where credit is due, and to any developer who is willing to take the time and fix mistakes made with their game deserves respect in my book. That being said, Revelations 2012 was recently updated and the folks over at Dark Artz Entertainment have more coming down the pipeline for one of the arguably worst games of the year. The latest patch promises to bring changes that make a massive difference to the game, promise being a key word. Will the new improvements be enough to make Revelations 2012 playable, or did Dark Artz manage to just make things worse? 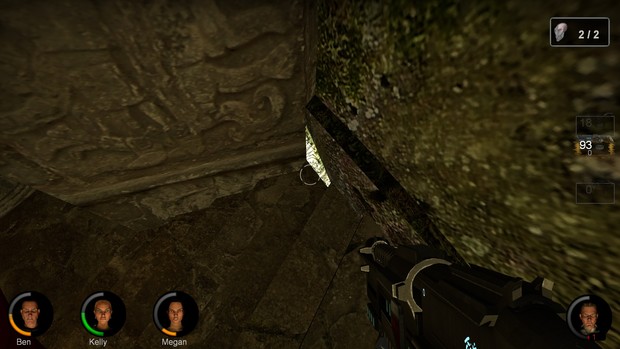 The level design is just as great as before, now with even more holes and tearing.

With the promise of more fixes in the future, Dark Artz is committing to a lot, and if this current patch is any sign of what's to come, then it will be interesting to see how they attempt to rebuild it. The usual treatment for a game of Revelations's caliber is typically a ground up reboot, because sometimes it really is just better to scrap something and start fresh, hopefully Dark Artz can pull it off and create something great. With more time and proper development maybe Revelations 2012 can become more than just a shoddy knock off of Left for Dead 2, maybe. Much credit is due for Dark Artz attempting to fix their mistakes and make Revelations 2012 a game people actually want to play. However, anyone can get credit for putting their name at the top of the test, but you still have to put in the effort to spell it correctly.
#ShareonCommunityBlogs
Login to vote this up!