Why the Epic Mickey: Power of Illusion Demo is Frustrating

7:48 AM on 11.09.2012 (server time)    0
Before I get started, I want to say that this was my first time playing any of the Epic Mickey games and the first time I played any side-scrolling Mickey Mouse game. I started this demo with a clean slate, so to speak. I didn�t have any previous attachment to the series, so I was going to pass up on this one. However, when I heard Nintendo put up a demo on the eShop yesterday, I decided to give it a shot, mostly because it is a platformer, but also because of the positive buzz it has received from various places. So how did it fair? Well�

As soon as I start the demo, I am disengaged from the game. It tosses you into an introductory cutscene. Well, no biggie. A lot of games have those, right? The problem is that the cutscene lasts about five minutes. Five minutes. While the art style in the cutscene was lovely, I�m here mostly to test how the game plays. A demo shouldn�t need a cutscene you can�t skip, it should put you right into the game�especially when that cutscene moves at a snail�s pace and doesn�t even allow you the option of speeding it up (which wouldn�t affect it, seeing as it has no spoken dialogue). To recap, I�m not even playing the game yet, and it has managed to leave a bad taste in my mouth. Oy vey. 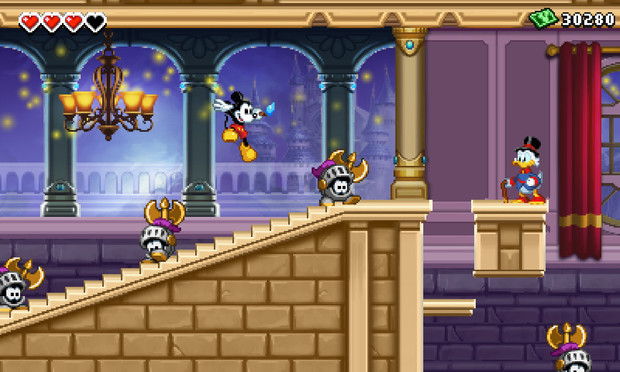