8:19 PM on 11.03.2012 (server time)    0
I don�t really have much of a history with the Ultima series of games. Other than vague memories of my older brother playing the games on his Amiga 500 when I was a kid, and a brief stint playing Ultima Online around 1999, I haven�t played any other games in the series. With that admission out of the way, I can honestly say that I have always been interested in the series. I�m aware of the importance the games have in Western RPG history, and if there�s ever an article in a magazine or online about the games then I�ll happily read it. I�ve always found the idea of the fictional world of Britannia, and the long lived ruler Lord British, to be fascinating. I also think it�s neat that the aforementioned Lord British is the alter-ego of the creator of the series, Richard Garriott. There�s something cool about the creator of the game you�re playing being a character in the game, in a weird sort of way. 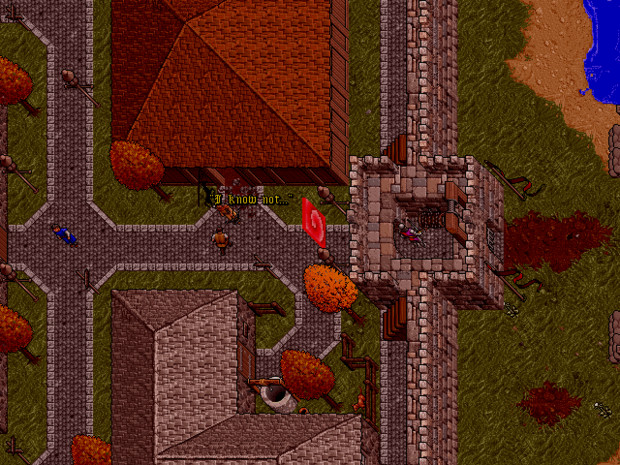 The gate through which I left Trinsic

I plan to continue with these blogs detailing my journey through Ultima VII. I realise that they�re probably only going to be of interest to a pretty small group of gamers, but I�m really looking forward to exploring the game further and documenting my adventure. I hope you enjoy journeying along beside me.
Login to vote this up!