Confessions of an incompetent commander.

I'm not even sure if I should be telling you this, but I suppose it's time I came clean. You see the thing is... I'm a terrible gamer and it's all because of X-com.

You see, it all started when I fired up the game and found myself playing through the tutorial with only one brave trooper surviving long enough to make it back to HQ. I promoted him immediately, then promptly changed his name to that of my own and swore I would never lose him. Come hell or high water, no dirty stinking alien would get his hands on my heroic chum... And so began my descent into madness.

I was pleased at first. My favourite squaddie took point as I slowly and methodically made my way through the first few levels of the game and I found that after only 4 missions he had racked up a considerable kill count as I allowed him some small measure of revenge for what had happened to his team mates. But then it all changed... then they came. 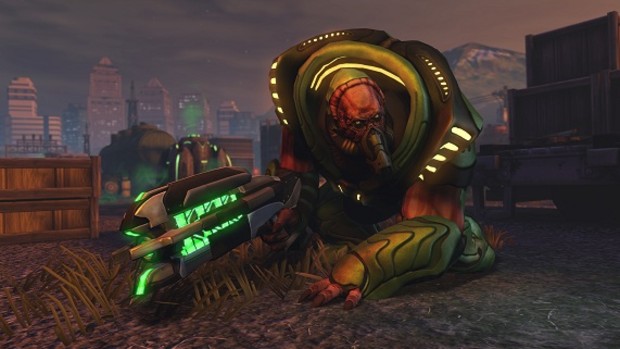 Suddenly, it hit me like a cold, hard reality brick tossed through the double glazed window of my mind. I had messed up. I had treated my soldiers like toys, recklessly trowing them headfirst into harms way without so much as a pause for thought. My determination to wipe out every damn alien I could get my hands on had lead me to abandon all sense of tactics whatsoever and now my squad was paying the price for my ill-considered battle plans.

I started a new game after that. For the first few missions I still found myself reloading now and then, but I made a point of focusing on strategy, rather than simply leading my brave soldiers directly into the heart of battle like some evil heartless monster who cares only for results. It's hard to resist the temptation at times to just save the game and return to my ways of shameless, maddening blood lust, but I swear I'm trying to get better. I'll just have to take it one alien riddled day at a time.
#ShareonCommunityBlogs
Login to vote this up!