Zone of the Enders HD woes

1:14 AM on 10.30.2012 (server time)    0
This is going to be very stream of conscious and not really follow the standard blog style. Mainly, this is a list of crap marring the ZOE HD collection. I'll update this with pictures as soon as I'm able to take some.

- Upon taking off the shrink wrap of the special edition, it's hard to slip off the cover to get to the goodies inside. Whoever designed this didn't take into account that the softcover artbook, game, and remix CD would add some girth to the product and make the slip cover hard to take off. I'm fairly certain I almost ripped my cover trying to get the thing off.

- As soon as you put the PS3 copy in your console, the preview under Games shows a generic photo of Revengence Raiden. Then the text reads "METAL GEAR RISING:REVENGANCE DEMO Zone of the Enders HD". Konami clearly has no faith in this franchise outside of Japan. Just like the original ZOE on PS2, this HD remaster is basically marketed as a retail copy of the Revengance demo, with a couple of silly mech games as freebies.

- There is a separate icon for the HD collection, right above the Revengance demo icon. But the fact it defaults to the demo is suspect.

- That aformentioned demo? Yeah, you have to install it from the disc. Because that makes all the sense in the world.

I haven't even begun playing the game, and Konami has found new and interesting ways to screw over its products. Thanks Konami! Keep on keepin' on!

(Update 1) Just got past the first combat section of ZOE 1. So far, no framerate issues. The game looks pretty decent, considering its age.
Login to vote this up! 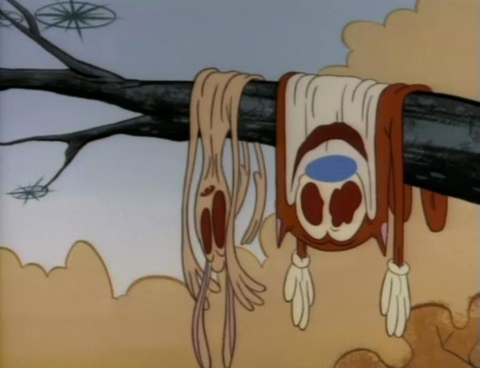 Max was born at the tender young age of zero in town noted for its horses and baseball bats. He enjoys giraffes, puppies, Robocop, oft forgotten movies of the 90's, vaudeville, British comedies, and bicycling. He realizes that this is slowly turning into an eHarmony listing, so just read his words, alright?