8:34 PM on 10.29.2012 (server time)    0
Battlefield 3 has long since struck a chord in the long time series fans. Often praised for it's sleek animation sets, stunning visuals, and vast open maps, the other side of the argument abhors it's simple 'consolised' approach to what was supposed to be a return to form in the vein of battlefield 2. Complaints are often raised about the similarity between every gun, the battle log, and the obsession with blue tinting everything.

But what are these things rooted in but aesthetic changes? The animations of a game don't make Rayman origins better then super Mario world. The graphics of Gran Turismo 5 don't make it a better game then the original Forza game. Certainly poor design choices, bad audio, sloppy graphics are detrimental to a game, but those are only pecies that fit around one thing. 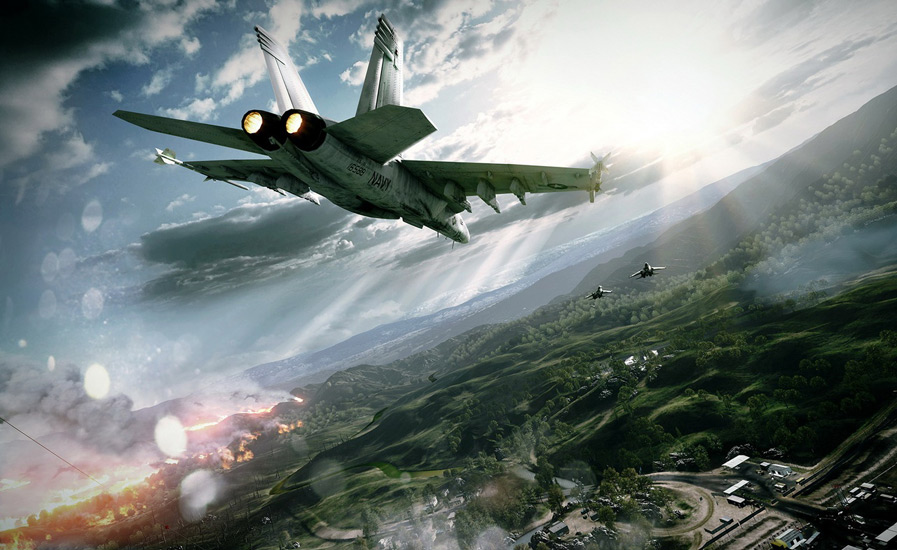 First and foremost of BF3(Battlefield 3) successes, is movement. Standard walking is at a brisk un-frustrating pace. You can move in all directions, without any hamper to your speed, and you can jump, go prone or otherwise without any frustration. It seems like such a simple thing, but the speed in which you can do things, is incredibly lack lustre in a lot of other games. Killzone 3 for example, while a great game, with a good sprint mechanic, left the normal movement, laggy and slow. There was an odd dichotomy of that game where you could sprint like a gazelle for minutes, but slowed down to the pace of paint drying as soon as you stop sprinting.

Compound this with the animation sets in BF3. Jumping over obstacles, while at first disorienting, is actually used as a sort of 'skip' It's fast, and while it might not actually be faster then a standard jump in the game, that simple mechanic of 'vaulting' over things, feels fast, it looks fast, levels are designed in such a way that there are lots of things to vault over, and you don't feel like an idiot, and vulnerable for vaulting over something. You get a cool animation, a reward, for doing so. It keeps the game visually pleasing. Other animation sets are similar. Reloading doesn't seem overly contrived, and feels fast. First person driving animations don't look obtuse, while still feeling necessary. All the animation sets in the game, add credence to their respective game mechanics underneath.

*Note. I'll give you the stupid death hand animation. While it's there to make the respawn time see less then it actually is, it's kinda dumb after just a few games, and most people i know agree, those extra couple seconds would be better spent in the load out screen waiting for the respawn timer. 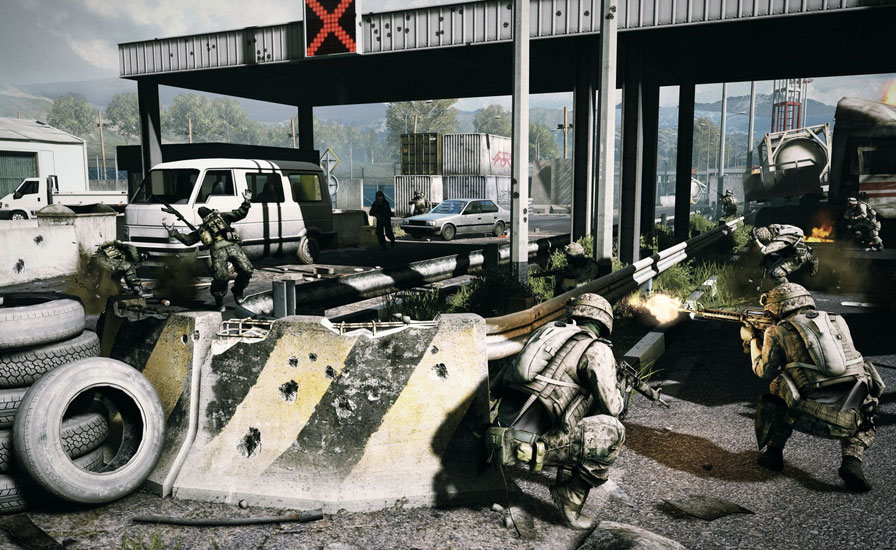 Shooting, the most import thing in an fps, feels great. In every great fps game, each gun has a satisfactory feeling to firing it. The anticipation as you pull the trigger, the roar of metal and gunpowder as bullets fly out of the chamber, and the satisfaction of your smoking muzzle after the bullet is fired. The 'weight' of the guns feel proper. They look great, sound great, the recoil feels fair, yet difficult to manage. Every aspect of the shooting in bf3 is near perfect.

Honestly. There is nothing inherently wrong with BF3 at all. The shooting is great, the movement is superb, the animations in the game are spectacular, driving vehicles is immensely fun, getting kills brings a satisfying feeling, winning games feels rewarding, the experience system in the game is well implemented and keeps players yearning for more.

And since the mechanics of the game are so solid, the developers can do anything they want with the dlc. As has been the status quo' for the first 3 packs. They can make more of the same game (karkand), they can do a fast paced, quick mode, small level dlc pack (conquest), and they can do vast open huge worlds, filled with vehicles and explosions and ac130's (Armoured Kill) And it's always going to be fun. Even if there is nothing to destroy, even if there are no vehicles, even if the map was just a completely flat grid and it was only 1v1, it would still be fun. The mechanics of BF3 are so strong, that even if the game mode was don't kill any one, you'd still have a good time playing it.

Even if the game has at times poor level design. Even if it has unbalanced or 'too-same' weapons. Even with some of the more in-depth broken things with the games design, BF3 still comes out on top with the basics. There isn't a FPS that I can think of that feels better. It's that perfect blend of Chocolate and Caramel. While clearly not for everyone, I fucking love me some chocolate.
#ShareonCommunityBlogs
Login to vote this up!