Hey guys! I'm not a computer! Stop all the downloadin'!

11:02 AM on 10.25.2012 (server time)    0
There's no doubt Christmas has come early for gamers, with a slew of excellent titles rolling out a few months ahead of the traditionally hectic holiday sales season. From solid indie outings, like the long-awaited Retro City Rampage, to triple-A titles such as Dishonored and Borderlands, gamer's wallets are taking a pounding even before that oh so sweet, November 1st candy clearance sale that makes Halloween that much mroe worthwhile. If that wasn't enough punishment for your bank account, there seems to be a veritable onslaught of downloadable content on top of all the fresh gaming goodness. 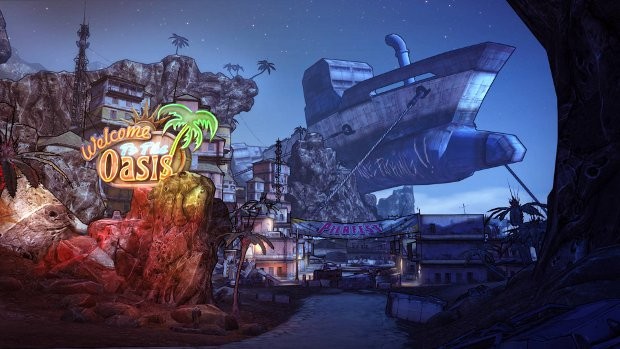 All this (and more, as I've likely missed plenty given how much has been going on, game-wise) is nice, and it's great to see games getting such continued support, but at the same time, it's a bit worrying. A lot of these games getting content are really, really fresh off the disc presses. Borderlands 2 is barely a month old and already getting all that extra content; even without the Pirate's Booty expansion, a new character alone can warrant an entirely new game playthrough just to explore the Mechromancer's skill tree. Hell Yeah! has another month on top of that, age-wise, so it might be about time for some fresh stages, but Worms Revolution? It's been out two weeks, which is arguably too soon for additional content. One has to wonder what all the rush is about, especially given most of these titles invite a decent time investment to finish in the first place.

Is it a push to gain some market value by having extra goodies already out there before the big guns (pun perhaps marginally intended) like Call of Duty: Black Ops II[i] and [i]Halo 4 land next month? An attempt to keep players invested in their games in spite of the inevitable holiday rush? Whatever's going on, it's starting to feel a bit harrowing, as it feels more and more necessary to plow through games rather than savoring them in the interest of keeping abreast of the bleeding edge, and that doesn't seem like the soundest strategy to make a game memorable to those who play it.

So please, please, publishers, slow down a bit. There's already a lot to play this year as it is, and I'm sure those who've bitten the bullet and invested in your titles aren't going to abandon you just because Santa CoD and Kwanzaa Chief are coming to town, just in time for Wii-Ukkah. Deep breaths. Let us play.


...someone's got to get that Prince Albert joke. Need a hint? Prince Albert in a can? Anyone? C'mon.
#ShareonCommunityBlogs
Login to vote this up!