The Hardest Trigger to Pull 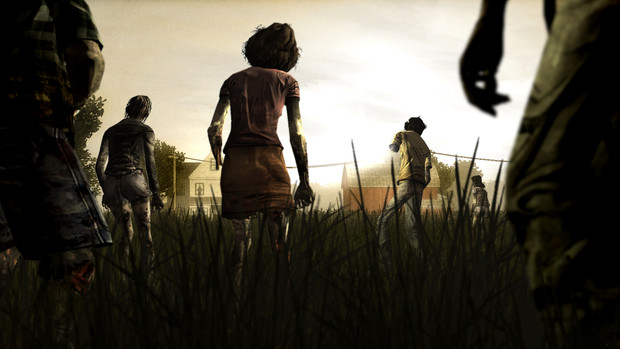 The best thing it has done, though, is make players care about the characters. After I played the third episode, I read reviews and found that other people cared as much about Duck as I did. He wasn't even my favorite character in the game, but he was part of the group, he deserved a better life than what he got, and most importantly, he mattered.


Even in a zombie-infected dystopian wasteland, Duck was in many ways, a regular little boy. His big grin and freckles could have belonged to any number of kids I knew in elementary school or have seen playing around town now as an adult. Now, though, he sits there against the tree, looking pitiful as he struggles to complete every breath.

It would be one thing if he had already turned; I don't think I'd have a hard time shooting a monster that is essentially already dead. To shoot him when he's alive, though? That's a different matter entirely.

I sit there for about thirty seconds, doing nothing. I know I have to do it, but I'm dreading it. I get that feeling that I talked about earlier, wishing that the game would take over and do this one thing, just this one thing for me. Even as the feeling comes over me, I'm surprised that it's happening- that the moment feels so significant. I know it has to be done, but moving the reticle toward him, and especially to his head, just feels wrong.

You don't play videogames without learning to shoot a lot of things. Animals, monsters, bad guys, even innocent people. There's no telling how many times I've pulled the figurative trigger of an in-game gun or the literal trigger of my Xbox 360 controller. Thousands, for sure. Still, it's never felt like this before. It feels...heavy.

People like to joke around about how we would survive in zombie apocalypses as if they'd be great; and so many movies and games make light of the situation. One of the reasons that The Walking Dead comic, TV series, and now game have been so amazing is that they all remind you that a zombie apocalypse would actually be awful. There would be no place for such simple things as trust or innocence. Even mercy would usually exist only in the form of a bullet to the head, like it does for Duck right now.

I move the reticle over his head, and for the first time I can remember, I actually take a deep breath and hold it as I prepare to shoot.

I pull the trigger.
Login to vote this up!