The Smaller Things in Life 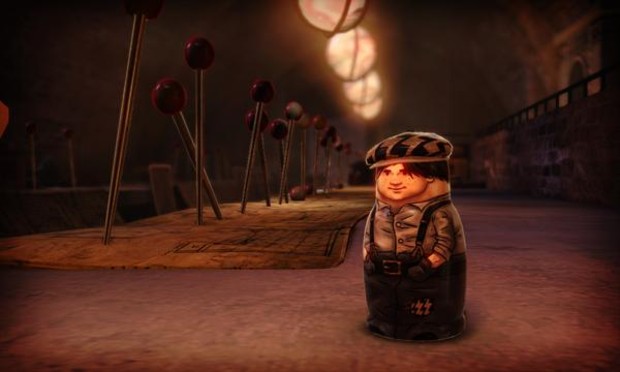 I’m getting pretty sick of saving the world/galaxy/universe.

It’s always important to feel like what you’re accomplishing in a game matters to somebody or something. Your actions need to have value, be it a sense of accomplishment for reaching a new level in a platformer, or a sense of narrative continuity for moving the game’s story forward; if we don’t care, our time and money has been wasted.

Sometimes a great way to deliver a sense of tension and foreboding doom within any narrative is to make the stakes as high as they ever could be: our protagonist must prevent a disaster so catastrophic, it would have incredibly negative (possibly fatal) effects on a huge number of people. You know, your usual world saving stuff.

The problem is; this trick is used far too often in games, often making the whole experience feel hackneyed and impersonal.

I already saved the world twice this week, but I guess I could go for a third attempt.


Often a game can focus so doggedly on making you care about saving the world, it forgets to make you care about the world you’re saving. Why would my character want to put all of their efforts into saving a game world full of bland, two dimensional characters that don’t deserve a conversation with my character, let alone a helping hand.

This is something I noticed when playing Mass Effect 3 (a game I’ll be talking about significantly in the coming weeks). Whilst the Galaxy was being torn a new one by those pesky Reapers, I found that I only cared about that fate of the characters who had meant something to me throughout Commander Shepard’s journey. There’s a reason everyone cares more about Garrus (Shepard’s right hand man, a constant source of encouragement and friendship throughout all three games) than they do James Vega (a dull character who is only introduced in the third game, and somebody that we have to be told Shepard knows).

This was really the main reason why the ending frustrated me; the game was trying so hard to make me want to save the galaxy, yet it gave me no closure or information regarding my beloved crew mates at the finale. Garrus, Liara, Kaidan and Co. were arguably the main reason Commander Shepard was still fighting, so to completely leave them out of the picture in favour of a general overview of the fate of the Galaxy seemed like a total misfire.

Really, the smaller things were where Mass Effect 3 really shone. Personal, character based moments like bottle shooting with Garrus on the Citadel, or sharing a final kiss with Liara were much more satisfying to me than seeing tons of NPCs I didn’t know get gunned down by Reapers, or watching all the Mass Relays blow up.

BioWare’s sister title: Dragon Age: Origins did a far better job of raising the stakes to a monumental, “world saving” level, but retaining a sense of personal importance within the story. By letting me fight for the survival of my squad mates (as well the world), then showing me what happens to them after the final battle, the game makes you feel like you’ve accomplished something important on a personal level, as well as a global level.

Something that more developers could try to do is have the game’s protagonist fight for a more personal, less universally important reason. Perhaps the protagonist is fighting for the survival of a young child/family member (see Telltale’s The Walking Dead/ Double Fine’s Stacking). Perhaps the protagonist is trying to redeem themselves and gain respect (see Red Dead Redemption/GTAIV). The reasons behind why a character does something should be deeper than “just to save everyone”.

These underlying reasons to do what we do (e.g. redemption, love, revenge, self-preservation) are generally imbedded into us as humans. Whenever they come up within a character’s story arc, they can usually be understood by everyone who is experiencing that story. So why are so many games relying on the same narrative crutch to make us care about what is happening within a story?

Constantly raising the stakes within a story also has a damaging effect on potential sequels in a series. How can BioWare raise the stakes higher for Mass Effect 4, when we’ve already saved the Galaxy on three separate occasions? No, the story would have to take place on a much smaller level to have any kind of resonating impact on the audience.

The more we are forced to save the world, the less we’ll inevitably care about it. Developers should focus less on huge, all-encompassing disaster stories, and more on telling, smaller, more personal tales.

In the wise words of one Jedi Master Yoda: “Size matters not.”


http://thevocalprotagonist.tumblr.com/
Login to vote this up!