10:16 PM on 10.18.2012 (server time)    0
Hey guys! I'm aware that Destructoid is already way ahead of me and already streaming for this awesome cause, but I thought I'd drop this on here anyway in case anybody's wallet is simply overflowing with money and want to donate ALL THE MONEY EVERY MONEY...or in case you just want to watch me make a fool of myself on the internet. :D

So, I’m sitting in my room, just playin’ some video games, and I think to myself: “Wouldn’t it be cool if strangers on the internet could watch me do this in real time?” It would be so great! All those people laughing at my poor performance while I hang my head in shame…it would be like those one of those live sex cams, except instead I’d be putting on a poor video game performance and hanging my head in shame for completely different reasons!

Even better yet, what if I could raise money for charity while I’m at it? I’m sure there are thousands of sick kids out there and I bet those live sex cam people aren't sharing their money…well, I guess they could be…maybe I shouldn't get so judgy. My apologizes, sex workers. I’m sure you care just as much about the sick kids as we do.

Anyway, if you weren’t aware already, I will be live on Twitch.tv from 8am on Saturday the 20th until 8am on Sunday the 21st, playing all kinds of video games to promote Extra Life, a charity raising money for sick children.

Thanks to my awesome family and friends, I’ve already raised $351 in the past couple days, which is more than triple the default $100 goal. Crazy! I wasn’t expecting such a great turnout, especially since I’ve only promised thus far that I’d be making a fool of myself for 24 hours straight and have not yet delivered on that promise! As such, I’ve raised my goal to $1,000, which I’d love to make a reality. If anyone can do it, it’s the wonderful and generous people that already owe me a ton for all the laughs my Youtube skits have brought them!

If you’re one of the awesome people that donate, stop into the stream and let me know who you are in the chat! I’d love to give you a shout out, possibly by naming an in-game character after you or maybe just screaming your name out loud. Either way.

Maybe you should tune in and find out.
#ShareonCommunityBlogs
Login to vote this up! 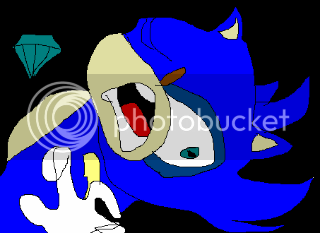