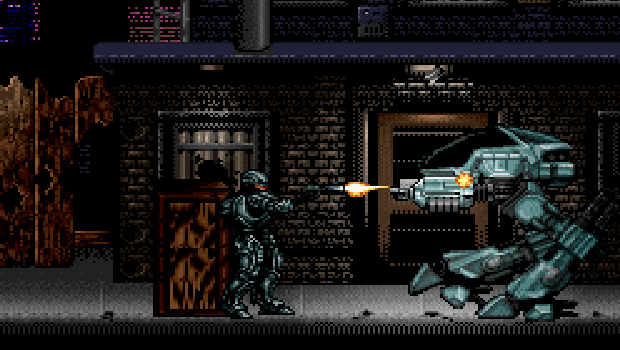 It�s hard to say whether or not I�d recommend playing this game. If you�re a die-hard fan of RoboCop or Terminator I�d say at least give it a play session, but don�t feel like your �die-hard� status is going to be revoked for not completing this game or even liking it. To be honest, even if you�re a die-hard Terminator fan I don�t really know what about this game would appeal to you besides the name on the box because this game really feels geared towards Robo�s fans. RoboCop vs. The Terminator is more or less just a RoboCop game with aspects of Terminator thrown into it. A Terminator is an early game boss but they progressively become more or less glorified grunt troops as the game goes on and truly lack the intimidation factor that a Terminator should have. And while Skynet is the main badguy of the game, I really feel like the Terminator aspects of the game could easily be turned into their own stand-alone items and it wouldn�t affect the story of the game what so ever.

RoboCop vs The Terminator is a fantastic idea that could quite easily work if you get the right people involved. I�d go as far as saying I�d like to see this franchise get a 21st century resurrection with a more polished presentation and a (much) better plot. Well, as long as they use classic Peter Weller-era RoboCop and not that shittier looking new one they�ve been toting around for that remake.
#ShareonCommunityBlogs
Login to vote this up!