I played 7 indie games this summer, and they were all awesome.

This summer I played quite a few indie games. I started with the more critically acclaimed ones like Limbo and Braid, and fascinated by what they accomplished, moved onto different, maybe not-so critically acclaimed indie titles. This is my experience with them in a short format. 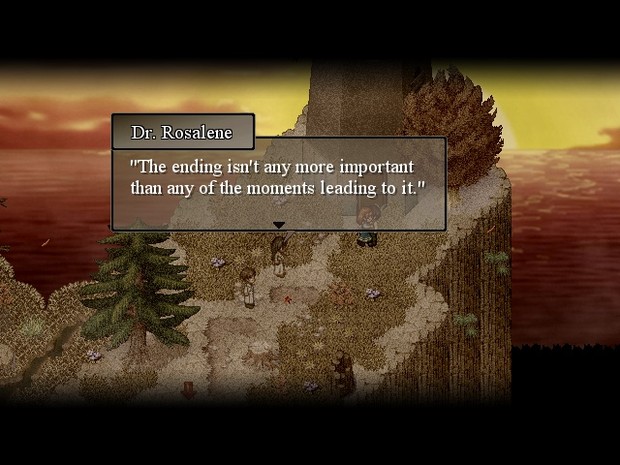 Let me start by saying that to me, To the moon has one of the best stories I've ever experienced when playing videogames. It touches themes that few videogames ever come close to and it does so in a balanced, well structured way. It's engaging, it's romantic and it's hard to forget. That said, it has some aspects to it that will probably put off some gamers. First of all, it is really, really story-driven, so if you don't find the story (two people who venture into an old man's memory to make his dying wish come true) and the themes it touches (marriage, disease, love, human relationships, morale...) interesting you probably shouldn't play it. Adding to that, the "gameplay aspect of the game is rather limited; you basically walk, talk and find objects. I don't think this makes it a less worthwhile experience, but some may disagree. The venture into a character's past makes for some fun and interesting exploration.

To make up for some truly depressing moments, the two main characters -and specially Neil-provide a bit of a comedy contrast. Some say this is out of place, but I have to say I disagree completely. After all, it's the kind of stuff they have to go through everyday, so I find it logical that they would joke around to make it less painful. Neil's jokes aren't always funny, but there are some truly hilariating moments.

Personally, I've cried and I've laughed out loud with this game, something almost no other game has ever done, so I'd recommend it to anyone who finds it's main concepts even mildly interesting and wants to experience something a bit different from other games.

Conclusion
Indie games are fucking awesome. If you're looking for something different than your average mindless shooter, these are something to have a look at. Next games on my list: SB:Sword and Sorcery, Frozen Synapse, Machinarium, Trine...