9:31 PM on 10.13.2012 (server time)    0
There's a new game out there that takes the best of two worlds, and creates it into something great. Take the best part of Bioshock and the best part of Deus Ex: Human Revolution, and what you should get is Dishonored. Dishonored is a brand new IP, and if this turns into a series, I can expect great things from it. Dishonored takes you in the role of a bodyguard, Corvo Attano, who witness the brutal death of a High Priestess he was sworn to protect. With her body at his feet Corvo is blamed for the death and is set to prison. This is where the story of revenge begins. You get most of the training while you escape. You can sneak past everyone, or kill everyone on sight. The choice is entirely up to you. This is what this game excels at, choice. It may not look all that clear, but if you look around you will find what you need. 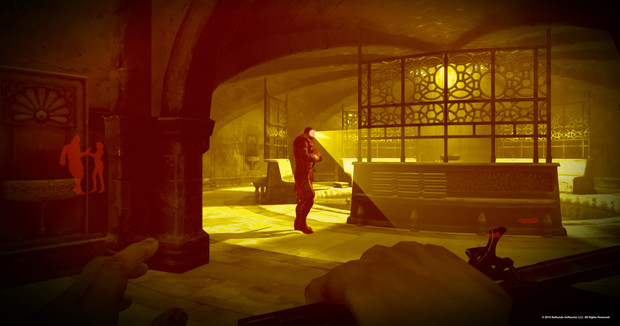 One of the best things about Dishonored is the look of the game. It's not dark and full of brown it's got this distilled look that shows signs that this world was once beautiful. There's history in this world, and the dozens or so books and notes you will find will help you invest in this world. The voice cast is solid enough. It's got A list talent like Susan Sarandon, Brad Dourif, and Chloe Grace Moretz. While it's nothing amazing as you would expect, it's still great enough to believe in the characters. The loading 99 percent of the time isn't long, but there was a mission where the load time became too long, and I had to restart the mission over. Thankfully this was a one time event as the rest of the game played smoothly.

Despite the major gripes I have with the game, I still enjoyed most of it. The third act, no carry over, and combat is the worst part of the game, because the lack of carry over I can't see myself play this again. It's a great game to have for the weekend, but there is not much to go back to. If you do decide to play it again, at least you know that you can play using a different strategy.
Login to vote this up!