Games You Should Play if You Haven't: Endless Ocean 2 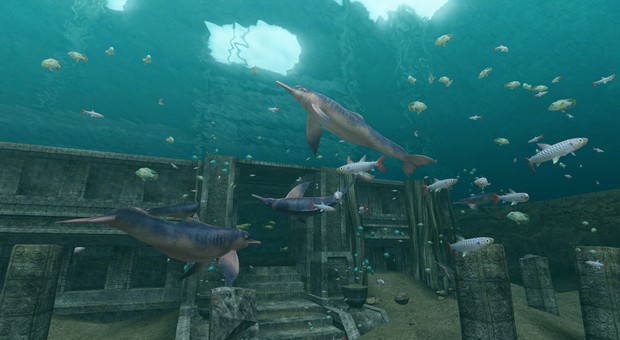 Ultimately, Endless Ocean 2 is a game with a lot of heart behind it. There's a loving attention to detail put into the underwater environments, which makes for a fantastically immersive game with one of the chillest vibes around. Even if the idea of being a scuba diver and the new-age music doesn't hook you, the game still has a wonderful sense of progression that should be great for RPG fans looking for a slightly more laid-back change of pace. And even though I'm pretty sure Skullomania never shows up anywhere in the game, it's still easily one of my favorite games on the Wii, right up there with Gabrielle's Ghostly Groove. There's something so incredibly ephemeral about the experience, probably because there's never been anything quite like it before, and likely never will be either, unless our friends at Arika see fit to make another sequel.