3:22 PM on 10.03.2012 (server time)    0
Welcome to Fanart Flops, the horrifying videogame fanart feature that did it first, Something Awful and Kotaku .......even though there�s probably a dozen people who did it before me.

As always, for those of you who don�t know (run, run away now!), Fanart Flops is not a collection of bad fanart, most artists featured here are actually quite talented, but unfortunately insane. Fanart Flops are the most bizarre and confusing pictures to be found on the internet, sometimes it�s a strange idea or concept, sometimes there is some reasoning behind it but we�re seeing it out of context, and sometimes it�s just �off� for lack of a better term.

I�m going to forgo peppering shitty jokes around every picture this time, I always felt I needed to contribute more than just uploading pictures for these blogs, but that�s because you don�t see the hours I spend searching for fanart that meets the ridiculously specific rules I�ve set myself (some of which I break this time around), and also because I have to suffer the really nasty stuff I can�t post here.

So check your sanity at the door, you won�t need it where we�re going. 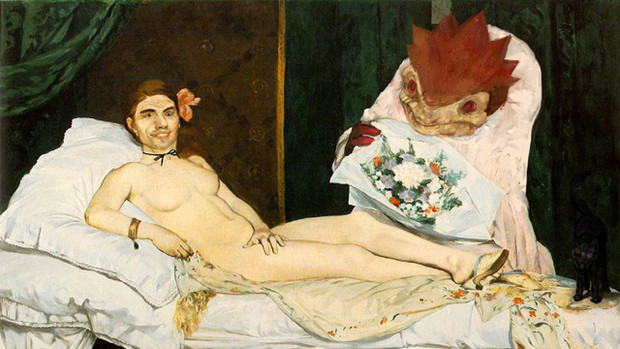