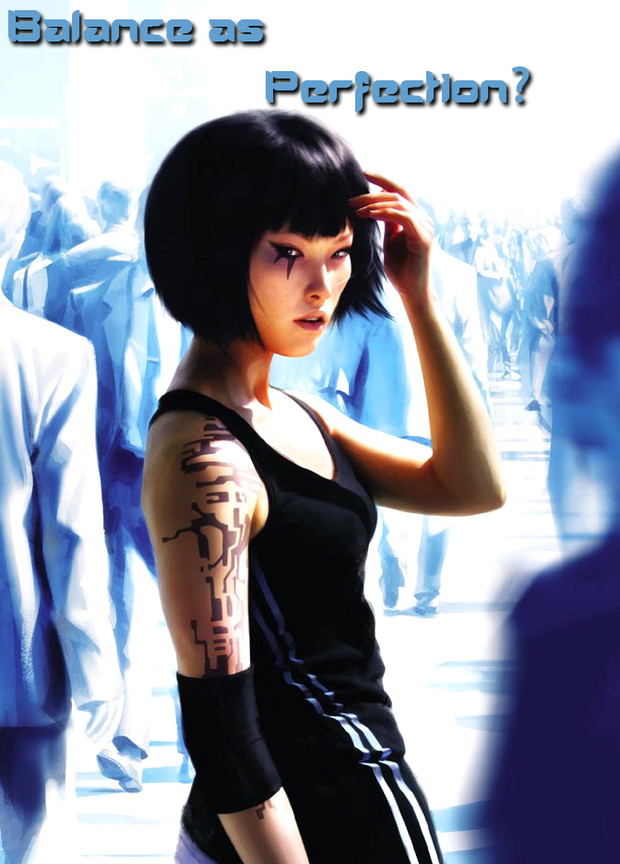 When examining the vast array of characters in games today, one thing is painfully obvious: there are certain groups of people who are grossly under-represented/badly represented. No doubt you’ve heard this before. If it’s not the laughable portrayal of tribal warriors in Resident Evil 5, it’s the breast physics of the Dead or Alive series. If it’s not the controversy surrounding the “sexual abuse” of Lara Croft in recent Tomb Raider trailers, it’s the fact that 7/10 games you play will probably feature a protagonist who looks like Ryan Reynolds on steroids. People have formed their own opinions about these issues and that’s not what I’m going to address.

What I’d rather ponder is the idea of a “perfect video game character”; and when I say this, I of course understand that everyone has their own idea of a “perfect character”, and I would not even consider telling them they were wrong. But after hearing many people state that, for example, the perfect way to write a homosexual character in a game is to write an interesting well rounded character that also happens to be gay, it got me wondering: what if there was a character that could represent their gender/nationality without resorting to ridiculous stereotypes or over-sexualisation. This was the best I could do.


For those of you who haven’t played Mirror’s Edge, it’s a first person free-running platformer set in a near-future dystopian city run by a totalitarian regime. The campaign is mildly interesting and the gameplay is fun if a little frustrating at times. What keeps me thinking about the game to this day though, is the game’s protagonist: Faith Connors. While she doesn’t really get enough character development in the game, the way she is represented is a huge contrast to the way most female protagonists are shown to us.

Most publishers (and to some extent developers) seem to still think that the only people who play games are “cock in hand” teenage boys, thus most female protagonists in games are sold on their physical beauty. Not that this is always a problem, beauty is nothing to be hidden or ashamed of. But when a character’s aesthetic qualities can only be expressed through up-skirt shots and “dat ass” close ups, you can see we have a problem. Faith is never over sexualized, the game never stops for a nice close up of her rear, and Electronic Arts didn’t even order DICE to increase her cup size to appeal to a broader audience. She manages to be a strong, independent character who happens to be female.

Tackling race in games is a touchy subject. Is it okay for a character’s heritage to be all they ever talk about because people should be proud of where they come from? Probably not. I think characters should be portrayed as any real human being is: as a person from a certain place, not a person who is that place. Too many games see African American characters, for example, as the “wise cracking, black sidekick” cliché, and this is something that has to change. While Faith’s nationality is never actually given in game, it is accepted she is of European and Asian descent. Like her gender, Faith’s background is something you notice as a player but not something that defines her as a character, meaning the player sees her as a fully realised character rather than a list of ticked boxes.

Understand that I personally don’t view Faith as a perfect character, but DICE did a damn fine job of creating a character who avoids stereotypes, but arguably just as important, they never blatantly tell the player what they’ve done. In too many games it’s too obvious that the developer is trying to say: “Look she killed these guys AND she’s a woman!” or “This guy’s feeling strong emotions, DESPITE having a penis!”, and DICE steers clear of that rubbish.

That’s not to say we can’t enjoy the over the top racial stereotyping in GTAIV or the ironic sexualisation of Bayonetta/ Lollipop Chainsaw. But I’m sure we can agree that it’s time for more characters in our game’s who embody more than just their home country or the fact that they have “huge bewbs” and start acting like fully three dimensional characters. Even the two dimensional ones.

Check out the original post here: http://thevocalprotagonist.tumblr.com/post/32125157113/the-perfect-character
#ShareonCommunityBlogs
Login to vote this up!