Isn't it about time we all learn to love the Ocean?

1:09 PM on 09.26.2012 (server time)    0
I'll be honest here my interest level in Assassins Creed 3 was incredibly low when it was announced, the only thing that really sparked any personal interest for me was the setting as I have an interest in American history but it wasn't enough to sell me on it. You know what did sell me on it? Oh just a little gameplay clip they showed at Sony's E3...GOD DAMN BOATS, I GET TO NAVIGATE AN ENTIRE SHIP WITH A CREW?! I ALSO GET TO HAVE GOD DAMN NIPPLE PLEASING SEA BATTLES FIRING MY CANNONS AT OTHER SHIPS?! SOLD!

Ahem...but yes really, that mere clip of gameplay alone sold me on the entire game, I mean look at this, how awesome do this look? Also unlike many people I absolutely adore the sailing sections in Zelda: Wind Waker, the only times it threatened to be tedious was the infamous tri-force hunting section but even then I still loved it to pieces. But all this intense revealing ramblings of a ship fetish made me realize the ocean is woefully under-used in video games and when it is used to full effect it's always awesome.

Don't believe me? Well sit down assuming you were standing up before and let me explain to you the past sweet delights of which contain the ocean and what more video games could do with it in future! 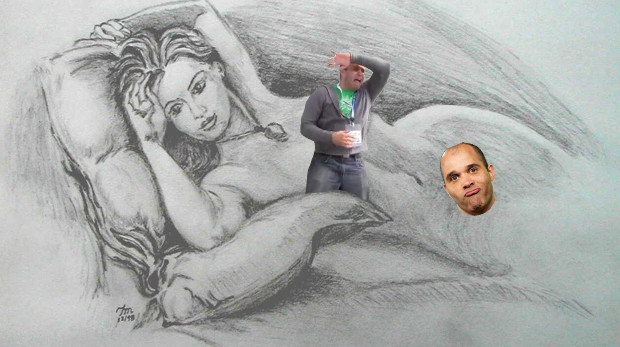 Surely by now I've opened all of your eyes to the incredibly sexy wonders of Life, the Ocean and Everything. (Ok I'll stop the Hitch-Hikers jokes now.) You're now a better person for it though, clearly the ocean is all kinds of bad ass and beauty, one minute it can be the most stunning things you've seen and the next it can be the ugliest and most depraved things you'll be subjected to. With a creative mind it can be a place full of endless possibilities, you could even find that naked portrait of Kate Winslet if you looked hard enough.

The ocean even has the power to make Assassins Creed exciting for me again, a series that's already starting to feel horribly milked to death but I get to navigate an entire ship, just thinking about it now as I filter those thoughts from my brain, to my fingers, to my keyboard, to this screen, to your eyes and to your brain has made me madly excited and confused.

So I ask that video game developers all around the world drop what they're doing and just think for a second and really appreciate the ocean and the maybe, just maybe, you'll pick up your keyboard, your mouse and start programming a game with an ocean in it! Simply put I just want to explore more open free oceans, it feels like an idea criminally under-used and deserves to be given more thought, time and money.

And if all that still didn't manage to convince you just think, the sooner we fully master sailing around in video games the sooner we can have a game where we sail into space and become space pirates. Point Proven!
#ShareonCommunityBlogs
Login to vote this up!