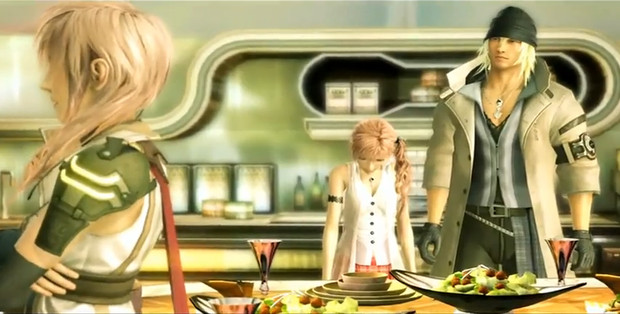 All right, real talk time. DmC isn’t out yet, but there’s been enough evidence to make some pretty good guesses about what the full game will entail -- especially because each time something new pops up, it means we’re seeing something closer and closer to the final product. I’m thankful that the developers didn’t just go into a media blackout until release, and the irrational hate dished out against the game, the character, and the companies is enough to merit a thousand facepalms. But…well, I’m worried. Capcom and Ninja Theory are running out of time; if they were going to prove to us that New Dante and this kinda-sorta reboot are worthwhile, they should have done that immediately. Kudos to them for leaving a lasting impact with the reveal, but have they done anything praiseworthy since then? Have they put out anything that’s put fears to rest? Have they shown anything that inspired applause and hushed whispers? I may be optimistic, but I’m pretty sharp-witted; if the most they can get out of me is grave concern, and if there are debates raging to this day about the game’s quality, something’s gone wrong. You would think that since one of the companies involved is responsible for this generation’s biggest fighting games (a genre HEAVILY dependent on the feedback of players of all skill levels) they’d not only know how to make a better impression, but offer something that’d put fans at ease.

DmC is, in my eyes, more of a reinterpretation than a reboot. It’s like taking a strawberry and dipping it in chocolate, or taking some fruit and putting it in a banana split -- the components are there, but they’re repurposed to create a new and tastier product. But Ninja Theory and Capcom have to be very, very careful; Devil May Cry was never in need of a reboot or reinterpretation. Its style set it apart, and I’d argue it’s still notable even amidst the naysayers. So if the two companies are going to set out replacing the old elements with the new (if only temporarily), they need to offer something as good as, or better than Devil May Cry. The formula wasn’t broken. Old Dante and Nero could only go up from DMC4, as could their canon. If that’s really going to be put on hold, then DmC had damn well better fill the gap with an ice cream sundae the size of Alabama. And you know what the lynchpin will be? Do you know who’ll put everyone’s fears and doubts to rest? Of course you do.

Don’t let me down, Dante. Prove that you're worthy of the name.