I tried to make a video game. *several of them

The best mod I ever made was as close to a total conversion of Warcraft 3 I was going to get without having to make my own assets. It was based only on the woodland creatures and elves. It was set so that energy could be siphoned from water, plants, and animals. The energy would be collected and then transformed into Ents, when imbued onto plant life. I had everything worked out so that the energy would take the form of balls of light, so they could be sent to objects or characters without the need of a transport unit. I was fairly proud of myself having made this all possible in under 30 minutes.

With that I went into RPGMaker 2000 and decided to try more of the same. So I created objects that could be changed and grant a stat that would either be invested or used for any number of things. I created some items that would activate a transformation sequence, trees that could be siphoned - causing them to wilt, and I made a story to incorporate these elements around a young boy who grows up and joins a corrupt military. Everything seemed good to go, I only had to keep pumping time into the content to flesh it out.

Yet, I had several other projects on the go. Several game ideas were set in the RPGMaker2k engine that broke away from the supported mechanics. I was making my own art, music, sound effects, and incorporating it all in an easy to use - top down RPG engine.

So what was the problem?

ZIP DISC. Most people know what a zip is, but do they know what a ZIP disc is? . . .
I was stuck at a point where 3.5 inch 2mgb floppy discs were the USB stick of the day. They held little data and were not a viable way to transport or save any graphic or sound data at all. So, I opted for the ZIP DISC. It was a floppy disc with 100mgbs of storage.

Basically, the zip drive broke and my games were locked away from me. Saying Zip drives are obsolete is like talking about BETA max, which was a failed cassette tape format from the 80s that didn't really officially die until the mid 90s. I only say the mid 90s because I knew some people who used the format.

I didn't let the technological setbacks trip me up. I worked with a few different engines and programs, progress was made. Nothing serious ever came out of it. I want to make a new game, a finished game, something I can put on a sky drive and hang out to, something I can send around, or forbid - make money from it.

Apparently I'm not alone. A few people I've talked to from the Dtoid community have done essentially the same thing. Except on worse platforms... like RPG maker for the PlayStation. Or short games made from Flash 4. 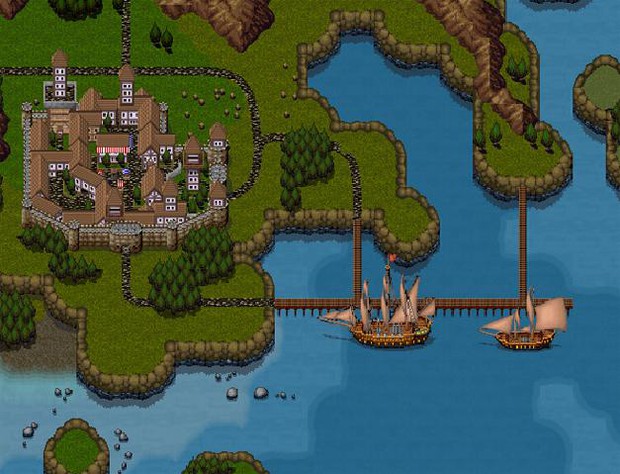 Don Miguel was kind of an asshole.
#ShareonCommunityBlogs
Login to vote this up!