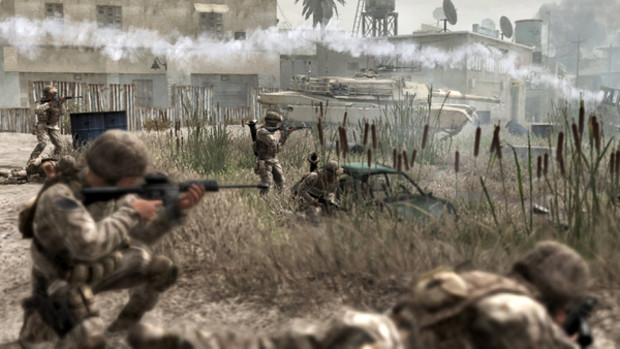 No it�s not a roleplay game. It is so utterly thematic though. It nails the mechanics, but also completely nails every other element of gameplay, including the locations, the set pieces and the NPCs. Squads in the distance advance, retreat, fire, flee, and do shit in such a realistic way that you feel part of the action. They are not marching forward in binary derived precision formations. They scramble like real people in a real situation.

So it is possible. Bioware Disease doesn�t have to ethnically cleanse the galaxy of realistic, energetic, and atmosphere-building support characters. I fucking loved Mass Effect and Dragon Age. I�m fond of KotoR. But they could have been better. And the above is just one way how.
#ShareonCommunityBlogs
Login to vote this up!

I am a UK based gamer and film-maker with a long history of gaming and Tom-foolery.

I currently co-host a Podcast about various mental topics called Words of Crom (available on Facebook and iTunes).