10:42 AM on 09.06.2012 (server time)    0
It's weird the kind of impact Nintendo Power going under had. I don't remember it prompting nearly as much wistful reflection and nostalgia when EGM got shut down in 2008. It certainly wasn't from a lack of readership. But something about Nintendo Power has really lead everyone, it seems like, to take a moment and look back at those first however many issues.

Which ones those are varies from person to person. Some people go for that first years issues. I went for anything in the 90 to 94 area myself, mainly because one of my most fondly remembered things about Nintendo Power shows up in that time period.

Nintendo Power ran a number of episodic comics for different Nintendo series, all drawn by different artists starting in 91 if you don't count the Howard and Ness stuff. My personal favorites were the Legend of Zelda and Mario comics. Here's a little excerpt from the Mario Bros. comic. As you can see here, we've got Peach disguised as Luigi getting ready to go mess up the Koopa Kids' faces up because she's a loose cannon badass like that I guess. 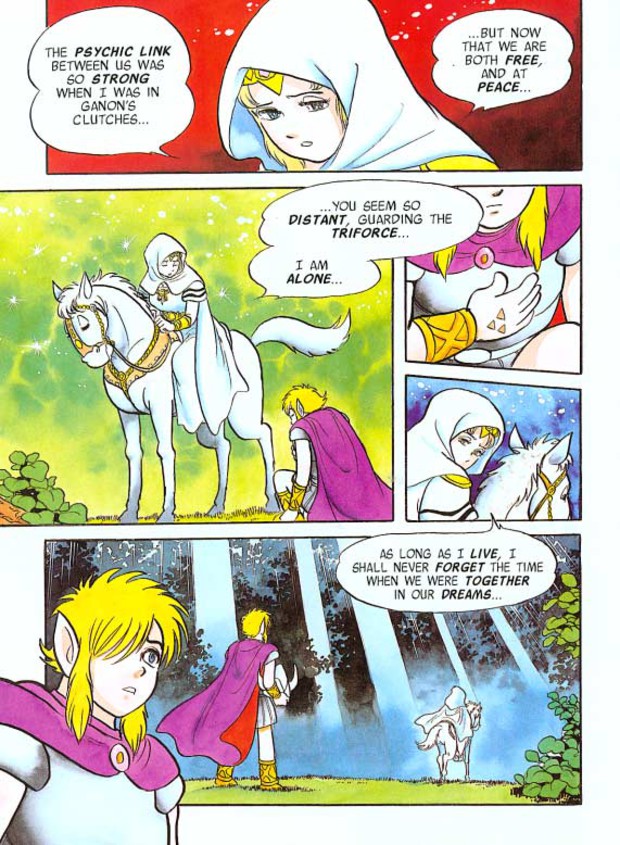 Nintendo Power was like a dream in that reading it was a much needed retreat into fancy. That daydream-like escape into a fantasy world, be it Hyrule, or the Mushroom Kingdom, or whatever, has always been one of gaming's biggest strengths, and Nintendo Power was a fantastic surrogate for that back when I was a kid and didn't have money for actual video games. Even though it's leaving us now, I'll probably always remember the impact that goofy little magazine had on my life way back when.