50 Cent: Blood on the Sand is a deeply personal journey, both for the player and 50 Cent himself, putting to light some harsh truths about gangster culture, videogames as an interactive storytelling medium, the war in Iraq, and the human condition. Some may dismiss it as 50 Cent�s personal million dollar wank fantasy, thinking it can only be enjoyed on an ironic level or by those emotionally damaged enough to actually aspire to be 50 Cent, but those people are philistines, too close-minded to appreciate the tale of subtle social commentary and deep political intrigue that is 50 Cent: Blood on the Sand. 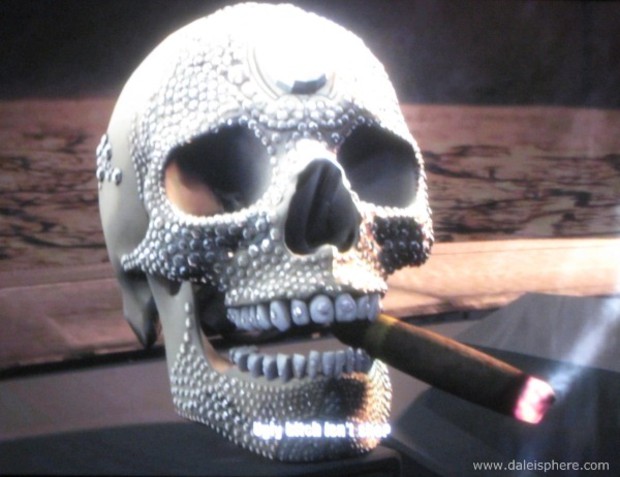 
I could go on about how amazing this game is. About how the city is completely barren except for the enemies, meaning they were the ones at his concert. About the subtle parody of rapper narcissism by having a game about 50 Cent, were all the music is 50 Cent, and 50 Cent goes around collecting 50 Cent posters. About the stellar voice acting, where 50 actually sounds like he has a mouth full of marbles and never emotes, or the astonishing face capture technology, which truly encapsulates the half inflated balloon filled with meat that is Fiddy�s face. But really, this is a game that must be experienced firsthand, then you�ll understand why �Bitch took mah skull� is the �Would you kindly� of 2009.
Login to vote this up!