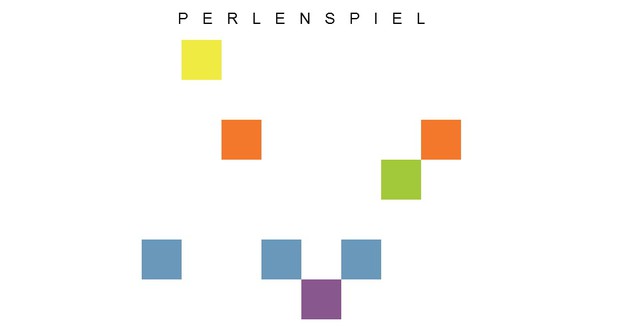 Perlenspiel is a quirky sort of SDK (Software Development Kit) built by my idol Brian Moriarty. He is currently a Professor of Practice in Game Design at Worcester Polytech. He is Professor Moriarty. Anyone interested in game design? I highly suggest checking out some of his GDC speeches. I don't think a whole lot of people could manage to be more inspiring than him.

The reason Perlenspiel works for me is that the SDK is simple. I don't have to do much art, sound, or anything that is going to cause me to spend hours on 'assets'. I can just code, for the most part, and let the game rules speak for themselves. This isn't the perfect situation for an RPG though, I know that.

I've learned that RPGs are at their best when they are trying to be simulations, not games. Skyrim is one such game. Skyrim is almost trying to simulate a compilation of systems rather than give you game rules and game goals. There are small goals and small games in Skyrim, but on the whole, it is my opinion that Skyrim tries to simulate a fantasy. We don't have a proper way to define this in the industry yet, so I'll just say that I want to build an RPG game with an emphasis on simulating a fantasy environment.

What this all means is that my game is actually at its best when I have the best graphics, and the best AI, and the best music, and sound effects too. Unfortunately my expertise is programming. I have dabbled in the other arts, but I must focus on what is important. And that is: to make a great RPG. And I have decided I can make one in very low fidelity. Low-Fi

Orson Welles once said that the absence of limitations is the enemy of art. I believe him.

I built the character movement code in fifteen minutes after seeing the Perlenspiel website. I didn't even know what it was before that. (Actually I watched a video about it, but hadn't seen any code.) In Unity I had been working for weeks trying to get the character movement code down. When we ran into the part where we wanted to add art and animations � we froze the project. Bummer. But in Perlenspiel we are simultaneously limited by low res graphics and set free by them. Either way, I no longer need an artist or sound guy.

I'm excited to see what I come up with. And you will still be able to play the game online if Knutaf lets me put it on his server. Let's see how brilliant we can be! Let's see if I can impress you!

Other than that, I have a game that I am going to bring with me to PAX that I will show off to those of you that are going. It is a top secret project that you guys can't tell no one about. The code name is Mr. Pink. That is all I can tell you. It's probably not a big deal.

I'm currently planning a wedding. Well... More like WolfGirl is planning it, and I am trying to find the money for it. It's a bit stressful, but I can't wait for it. It's going to be the best party ever! Believe me, if I had enough money I would invite all of Destructoid � but alas, I am poor and white.

Lastly, I just wanted to say that I'm sorry I haven't been around. It has been a rough year for me, but I'm going to come back strong.
Login to vote this up!