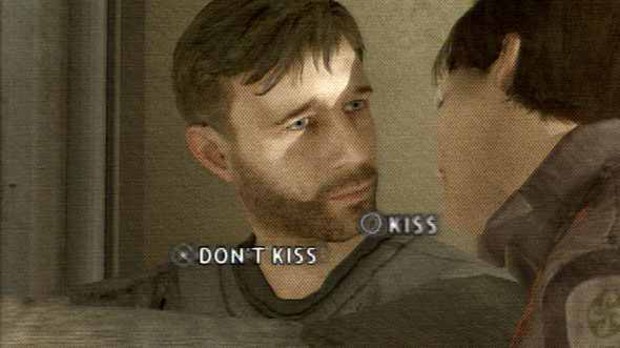 It's also more than a little weird that I've been lurking/reading/commenting/blogging here for five years, yet I haven't really ever felt as if I'm ingrained myself in the community. I think that's a problem, and just last night I read various blogs about the state of the community here, including one by Y0j1mb0 that basically said, "If you don't do anything to contribute, don't complain." I think that makes a lot of sense.

In the past, I aimed to post blogs about things I found interesting, in the hopes that others would, too, and some discussion would ensue. I tried to give what I thought would be a unique take on things that had nonetheless been discussed to death already, hoping to provide a fresh angle that would get noticed. It's not that I don't want to do that anymore, but I also want to actually be more of a part of things here, too.

What I'm saying is:

I want to get in your pants, Destructoid.

This post is kind of like the stammering, self-deprecating Hugh Grant speech from some bad 2000's rom-com that is going to help make that happen. Hopefully, you will find it somewhat amusing and return when I actually post something of substance. At the bare minimum, I hope you don't wish you had spent the last few minutes causing yourself bodily harm rather than reading my ramblings. I think that's a pretty good starting point, too.
#ShareonCommunityBlogs
Login to vote this up!