Bonerquest is a really real book, that really exists!

5:36 AM on 08.28.2012 (server time)    0
I'm still writing it, but Bonerquest is a book, that will be out later this year or early next year. I've been working on it since last year, but the core of the story has burned within me for a lot longer than that, I just needed a name for it and to sit down and write it all out. I believe in it so much, that I'm putting my real name on it. Josh Hayes dies today, as does randombullseye as you knew him. Now here's Charlie to talk about the book that he's been writing. 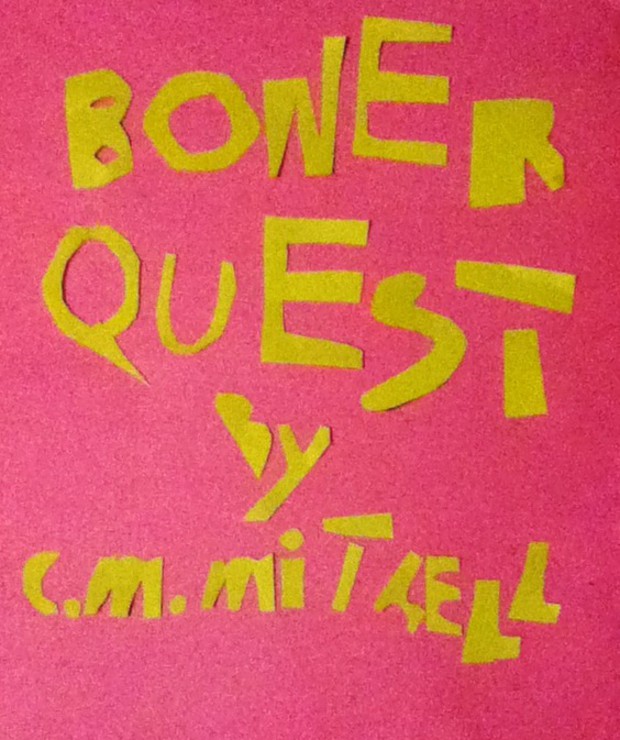 This is the concept for the cover, which isn't finalized, but will look quite a bit like this. This is going print on demand with Amazon. I'll distribute it digitally with iTunes, and will have a professional recorded audio book recorded of myself using lots of silly voices throughout the ten chapters of the book as well as the appendices.

It's about a black wizard who wants to take over the world, and who deals with his own romantic confusion.

It's about the perceptions we have of ourselves, what we believe, and what we really are.

It's about modern American politics and how the world is destined to end.

It's about how all the philosophies of the world and all the religions are silly, and a simple answer holds the key to happiness for everyone.

It's about cruelty, nudity, and sadism!

It is a book, that I wrote. I'm editing it now, I've a real editor whose a graduate from Emerson working on it, to make sure I don't sound stupid when I finally present the Bonerquest to everybody.

It's about acceptance of others, no matter how strange or unusual their ideas are.

It's parallel to the game that you might remember, and the story that it tried to tell. Every place you visited in the game is there, from Pene forrest to the kingdom to the wizard town, all of it's all there. Even the king with a problem, he's in there. But the game's storyline and plot are not necessary to understand the novel whatsoever, it takes primarily on another continent, only a chapter of the story deals directly with the island continent.

It will have a page within the appendices full of Bonerquestions, including those that you can ask me right now without know anything more than the simple premise by emailing [email protected]

Will you accept the Bonerquest?
#ShareonCommunityBlogs
Login to vote this up!