What Is Your Most Irrational Fear in a Video Game?

11:01 PM on 08.25.2012 (server time)    0
I was playing Banjo Kazooie for the first time in a while, and reached the level "Rusty Bucket Bay." Rusty Bucket Bay is a shipyard which features a large ship in the dock with various platforms that include two cranes holding either a TNT box or a box lined with steel bars resembling a jail cell, two large smokestacks, several boxes, and several portholes and tunnels which serve as different ways into the ship. The water in which the ship sits in has a slick oily sheen on the top, and will drain your air meter when swimming, regardless if you are over water. Some of the jigsaw pieces you need to obtain in the game take place under this oily mess, one of them directly under the ship behind the propeller blades. I had fallen into this water in a somewhat confined part of the level, and you can only get out by swimming through a large door and to a ladder. Getting to that ladder never fails to give me the worst anxiety imaginable. 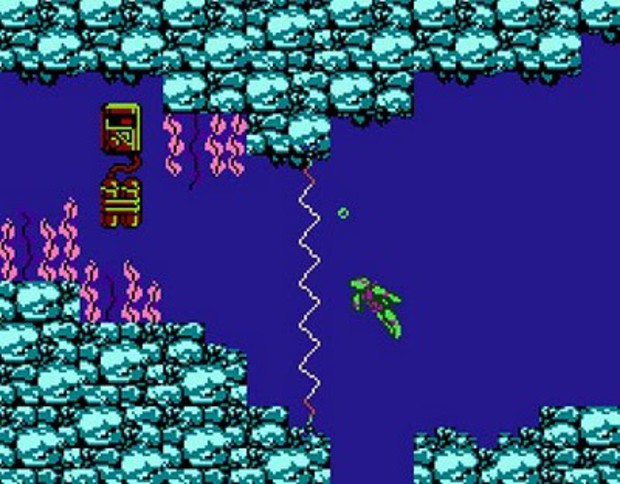 This is the true manifestation of fear.

On my first play-through of Half-Life 2, I had gotten to the part in the beginning of the game where Gordon Freeman steps into the teleporter to make his way to Eli Vance's lab. Throughout the technical difficulty that surrounds that moment, you are thrown into a body of water which for me ended up being menacing enough. As soon as you are fully submerged, a giant, HORRIFYING fish swims at you and snaps at you, and you are right back to the teleporter. That didn't help my in game water phobia one bit.

The Half-Life 2 scare is the only thing that has ever ACTUALLY scared me though. There has been nothing in any game with a water level that has been scary or unnerving. Just being in that water and being surrounded by it puts me into a near cold sweat. I'm not afraid at all of real water even! I love swimming, over and under water, and being right out in the open water. There is only one thing that I can think of that would have started this uneasiness toward water levels, which would be a nightmare I had when I was about ten or eleven years old about me playing through Aquas in Starfox 64. I don't remember exactly what happened in the dream, but it frightened me and woke me up. Come to think of it, that is really when I started to notice the anxiety towards water levels.

Am I the only one that has a stupid fear like this when it comes to video games? Any time I talk about it with friends, they find it funny or strange. If you're reading this and have something similar to share, please do! Let me know I'm not the only one that is this crazy.
#ShareonCommunityBlogs
Login to vote this up!