8:53 AM on 08.24.2012 (server time)    0
I want to thank Polygon. I want to thank them for clearing my eyes. After watching the trailer to their documentary which left me blinking deliriously I have just now opened my eyes to what I should be doing in my blogs, and that’s changing people’s perception.

And I know I’m the only person who can do this, now. When I was 10 years old we learned of the Vikings and how they came to Britain and purged the existing settlements from Northumbria to East Anglia; burning fire and bleeding death was all there was. When asked to describe and colour in a Saxon village I took my red felt tip pen and painted the ground a violent red, to symbolise the blazes and the running blood that were sure to spread, as history dictates.
All my classmates drew green grass; their perception narrow, literal and uniform.
My teacher, also confused, shouted at me for colouring in wrong, but I knew my perception was right and beyond his comprehension even at a young age.

I continued to challenge people’s perceptions when I used to draw comics as a teenager, where I would take a man and who is an angry by nature and give him blue skin. Not red skin, the colour of anger, passion and warning, but blue. This, I feel, would challenge you because… of opposites… and… stuff.
I must admit, even after studying The Simpsons’ skin colour for over 10 years I dunno what’s going on there.

Finally, as I stand in the kitchen, thinking about what to write, getting a drink, I realise even I still get my perceptions challenged. In my hand is a glass of cream soda, but it’s not ordinary cream soda; it is green; bright green, like the green of a traffic light. Not clear in colour like all the other cream sodas, but green.
You take a drink and you go “mmm, tastes like normal, clear cream soda” and then you look at the glass and its fucking green! 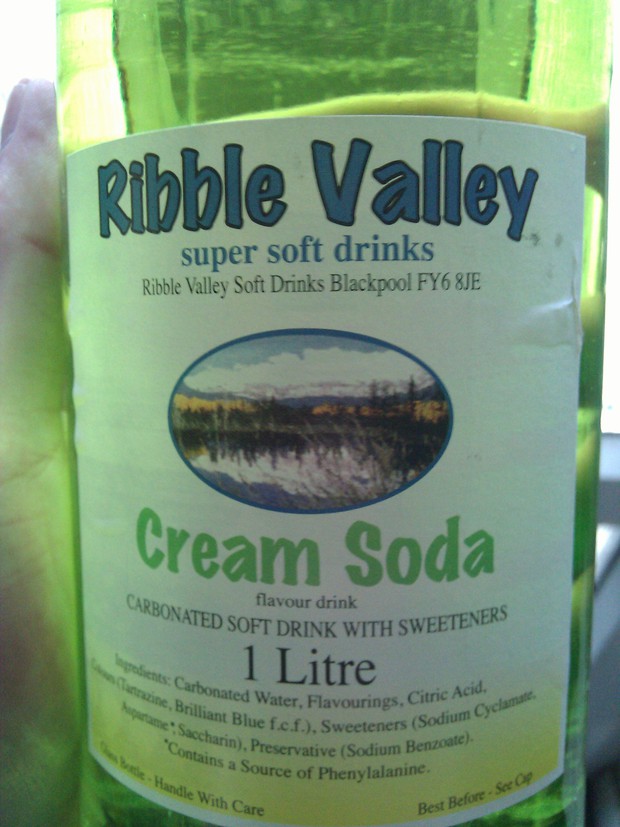 So the point I’m trying to make is I want my blog to be a bottle of green cream soda, and I will endeavour to this. When I think about games now, I do so in the kitchen with a glass of green cream soda, looking out the window with my eyes crossed and really challenging perception. I have to do this for the three people who read my blogs, and if I don’t then who will? All the green grass colour in-ers?

My kitchen floor could do with a clean, but like Polygon made me see there are many eyes to clean first. There are other eyes to massage and challenge, and I believe only I can do that.
Login to vote this up!