12:20 PM on 08.23.2012 (server time)    0
After reading through those free PC game lists Phil was posting up here a few weeks back, I was inspired to compile a list of my own, so I did. But whereas his list was about good games to have fun times with, I've decided to put together a list of terrible and bad games for you all to check out. This week I've got some real hot garbage to share with you all. The following is a list of five games you could be playing right now. I'm sure you are all eager to jump in. I can't wait. Let's get started. 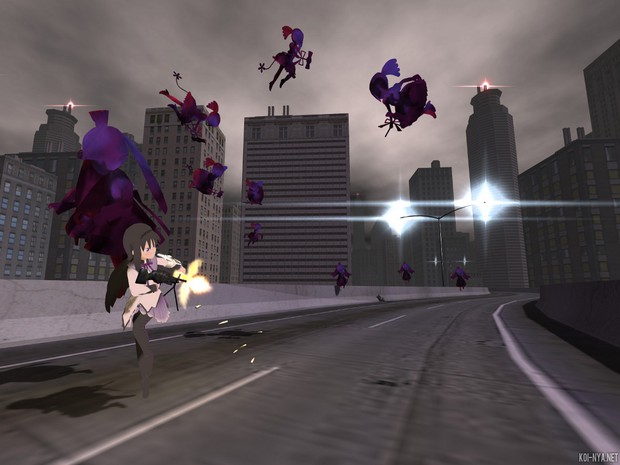 This game is probably the closest thing resembling a recommendation on this list. It basically just plays like Earth Defense Force except without all the goofy voice acting, which is sad because that's like, the main reason to play EDF. The game is plenty crazy in its own right though. Part of that is surely due to the source material, but then you get scenes like this, which I don't even know how to describe. I guess if you always enjoyed shooting the squirrels in Oregon Trail, but you always wondered what it would be like if they put you up against enough of them to be a real challenge, then this is probably the game for you.

Since the music and character designs are all lifted from the show, the art design comes across pretty well. The lack of enemy variety and the blandness of the city are what really make this game hard to stomach though. I was getting some really bad Bullet Witch flashbacks playing through the opening mission. I mean, at least that game had some acrobatics thrown in between bouts of disinterested gun-play and dead boring enemy AI. Oh, and it also had the voice actor for Goku from DBZ voicing a character that can only be described as Chris from RE5 with his road warrior costume on. On second thought, just go buy a copy of Bullet Witch instead, unless you're just really super into the Madoka series, in which case you should probably just download Grief Syndrome instead, unless you just really want to shoot a room full of Kyubeys, in which case Homura Combat can be found to download on a number of sites, the easiest of which I found to be this blog called doujin style.