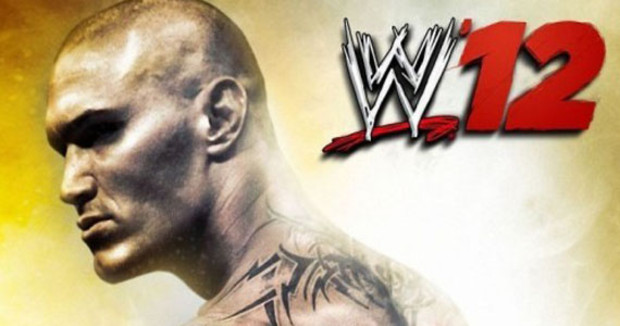 Yearly iterations of sports games have been a trend for a long time. Updates to franchises like Madden NFL, NBA Live/Elite, NBA 2K and MLB 2K/The Show tend to release on a yearly basis, and with each new game usually comes some changes that differentiate it from last year’s game; at its core, those changes aren’t usually all that drastic. Thankfully, not all franchises are created equally. THQ’s SmackDown vs. Raw franchise returns this year with a makeover the likes of which no “yearly title” has ever seen. Throwing the previous SmackDown vs. Raw moniker out the window, THQ has dubbed this year’s game WWE ’12. The changes don’t just stop at the title of the game though, as almost everything this year has been altered and, thankfully, for the better.

The Road to WrestleMania (RTWM) mode has gotten the biggest overhaul this year by introducing a scripted storyline; one that feels at times scripted, written by the folks over at WWE. RTWM is no longer just about getting to WrestleMania via a specific superstar, but about seeing feuds develop over the course of a few years, with a few of which that can end at WrestleMania to only then start a new feud, or an older one start anew at that same event and continue on.

The story aspect of Road to Wrestlemania relies heavily on wrestler voice acting, but unfortunately the voice work feels somewhat stale as the superstars seem like they are trying to sound authentic as if they were in a ring, but instead they come off as trying too hard; overall, the VO work ends up sounding too forced. The announcers are a little better this time around with some improved new commentary, while unfortunately still retaining many recycled audio clips from previous games. Michael Cole still praises the Miz every chance he gets, but on top of that there is now more wrestler-specific commentary, depending on who is in the ring. Something I found rather disappointing is that Michael Cole and Jerry “the King” Lawler are the only two commentators throughout the entire game; there is no “good old” Jim Ross, no Booker T and no Josh Mathews. It’s a somewhat minor detail, but it is one that WWE fans are sure to notice.

The actual gameplay aspect of Road to WrestleMania doesn’t flow well because of heavy scripting. Most of the time you simply beat down on your opponent until a button appears over his head to initiate a cut scene. There isn’t enough freedom and room for error because everything feels as if it’s on rails. The idea on paper was great, but the execution could have been better. For a mode that’s supposed to emulate the action and emotion of the shows we’ve all come to know and love, it becomes hit-or-miss, depending how you feel about it being as scripted as it is.

WWE ‘12 runs on the new Predator engine, and as a whole, it’s quite impressive. Matches start off fast-paced with more methodical pacing and slow down appearing more as the match progresses and as the wrestlers lose stamina. Wrestlers don’t really “sell” moves in the beginning of the match, but as it wears on they begin to show that the moves have taken their toll.

The AI has gotten huge tweaks, as your AI opponent will no longer be easily beaten like in previous entries. Most of the time, the AI puts up a good fight and it feels as if you are fighting another player instead of pre-programmed data, although there are a few times when the AI would seem easier to beat than it should be. Sometimes the AI’s momentum pauses, but it seems intentional as if to throw you off. The AI wrestlers on normal aren’t pushovers and once you increase the difficultly you’ve got a real challenge on your hands.

The controls have been improved this year with a focus on streamlined gameplay. All the main buttons are mapped to the face buttons with each one focusing on a specific limb. This adds a touch of strategy when approaching a match, while also making the game feel and play smoother than its predecessor.

This year’s roster is quite possibly the largest of any wrestling game to date. With the inclusion of DLC characters, there are 70 different stars to choose from, ranging from legends such as Stone Cold Steve Austin and Macho Man Randy Savage to the stars of today, such as CM Punk and Zack Ryder. Each wrestler is created to look and play with the quality you have come to expect from THQ and WWE games.

The new ring rope physics enhance that experience farther. In SmackDown vs. Raw 2011, the ring ropes barely moved throughout the course of a match, but in WWE ‘12 the ropes move whenever someone is slammed on the mat or whenever there’s a lot of heavy movement in the ring.

The new dynamic camera system is also a nice touch, creating a match presentation that’s reminiscent of the televised shows. With a zoom in or out at the right time, the camera work gives the game a flair that’s unlike other wrestling games, providing a much better and more authentic experience

The WWE games have always given players the freedom to recreate old rivalries or to create new ones using their imaginations, and this year is certainly no different. The custom story mode returns this year with an even larger scope than seen in prior entries. In the custom story creator, you can now decide when a certain wrestler’s music will play, whether or not the crowd will boo or cheer him on, and when someone will or will not be attacked without the usual walls of text that are expected with deep creation tools. With enough practice, you could recreate the show you now watch on TV or get really creative and build your own.

The online for WWE ’12 isn’t too unchanged from last year. The user interface looks as sleek as the rest of the main menu making it easier to navigate through the options at your disposal. The 40 man Royal Rumble is available this year adding to how chaotic the regular Royal Rumble normally is. I didn’t have any lag issues in the time I spent online with WWE’12 but I did have a few problems trying to access the Community Creations server but it might have been due to the overload of players trying to jump on. WWE ’12 online mode is by far the best out of all past WWE games. With all the new content one can create this year, WWE’12‘s online mode is definitely worth devoting some time to.

Fans can now use all of the logos that the WWE owns in the game, such as the iconic WCW Starrcade logo, the nWo Wolfpack logo, the old school WWE logo, and even the WrestleMania XIII logo is available, as well as any logos you can create yourself in the paint tool to create an arena with custom ring posts, mat floor, ring ropes, announcer’s table, the list goes on. This is one of the newer ideas that works really well because it caters to both fans old and new alike, who would like to make their own ideas come into fruition and adds a ton of replay value.

I’ve been excited for WWE ‘12 ever since it was announced and I must say it was well worth the wait. Minor hiccups pop up from time to time, but they aren’t frequent or drastic enough to really hinder the overall experience one would have with WWE ’12 as a whole. Considering all the changes that were made, all of the additional content that was thrown in this year, and the ability to create and customize so much, WWE ‘12 is one of the best wrestling titles to date. This isn’t a game fans of past WWE games will be putting down any time soon.
Login to vote this up!

Network Moderator on Capcom-Unity. I like cold and dark places.Gotham City, NY.