10:13 PM on 08.06.2012 (server time)    0
I just finished playing a lot of Fallout: New Vegas and during my stay in the Mojave, I got to thinking about karma. One of the instances that got me thinking about how morality is currently handled was when I was pick-pocketing a quest item off a bad guy (or rather someone whose goals did not match my own). If I was helping the NCR, why would pick-pocketing a member of Caesar's Legion or the Brotherhood of Steel lead me to receive bad karma? 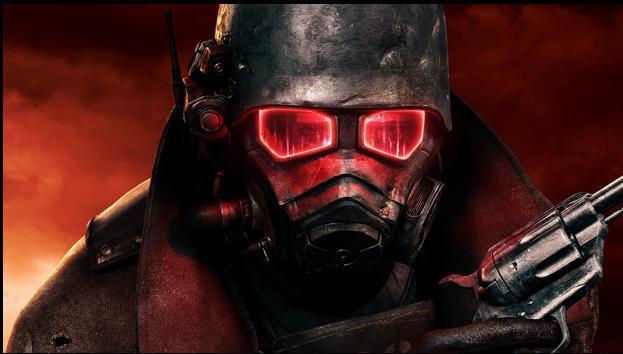 Go blow up the Brotherhood of Steel bunker, but don't steal anything, because that would be wrong.

The reason is most likely the easiest answer. Game developers are using more of the idea that morality is universal. Killing and stealing are only acceptable when there is a clear bad guy. It works well in a game like Red Dead Redemption because John Marston has turned over a new leaf and shooting down a sheriff is not his character. But when the character is completely created by the player, maybe the next step is to be able to create that character's moral compass.

Dungeons and Dragons has been doing so with character alignments and it would be interesting to see how something like that could be implemented into character creation. The task of designing a system does not have to be very complex to provide players with a different way to play. It could be as simple as picking a standard archetype and having the corresponding actions be set on whether those actions are right or wrong.

One of the more basic D&D characters is the Lawful Good Paladin. They stand for good in all situations. It would seem this is the closest to how morality is handled in current games. Killing is wrong unless you are first attacked.

It's only morally right if that guy golfed into you.

However, what if you could get rewarded for playing as a more delusional character, whose morality is that all crime is bad and must be punished. They view the world as black and white and there is no moral gray area. This would be as though you are playing New Vegas as the Punisher or Rorschach, both characters famous for this moral code.

Or perhaps the holy avenger archetype that tries to stamp out all signs of sin and vice. Or perhaps even the Robin Hood type of character. Currently if you were to play a more Robin Hood type, you would lose karma for the theft, but gain karma for giving to the poor, netting you no change in your overall karma. What if the game could recognize that was your character type and reward you for doing such actions.

There was the story of one player who was playing through Skyrim without killing anything for the challenge and fun of it all, but why not reward that player and any others who attempt it with a unique twist on the standard ending(s). And it doesn't have to be fancy, for example, if you played as the Robin Hood type and ended with good karma (steal from rich/give to poor), it could mention that you were a hero of the poor.

It is perhaps a very far fetched idea, but it seems like games discourage players from truly roleplaying a unique character. I always feel as though I must make decisions based on how I personally would react in that situation and the bad karma indicator seems as though the game is disappointed in me rather than rewarding me for playing as the character.
Login to vote this up!