7:29 PM on 07.27.2012 (server time)    0
No, this isn't supposed to be a recurring segment; just a double-meaning meant to lure your angry clicking here instead of to whatever nonsense the analyst-of-the-hour is spewing. Also, this article is as close to spoiler-free as I can get with games this plot-heavy, but, per usual, your standards may differ from mine so don't burn my computer or anything 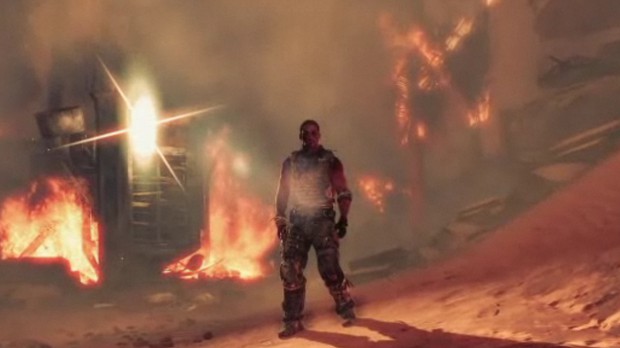 It didn't do much to stop me from hating hating hating hating myself and a couple of those characters, though. In a curious irony, I was at my most comfortable during the skill-free action segments, where all I had to do was point vaguely in the direction of a zombie's head and click rapidly -- with the worst possible consequence being a four-second reset, there was nothing to lose beyond self-respect. Life-or-death choices, where I've got no clue what's going on and either side will forever despise me for sticking with the other, though? That's how you create tension in this kind of game: my life may be expendable thanks to my magical wizard respawning powers, but all these squishy NPCs aren't so lucky. Making sure to play with the horribly immersion-breaking "story notifications" turned off (man I'd love to know exactly what people think of me every time I say something to them in real life!), The Walking Dead gave me an experience just as tense and emotionally turbulent as any action-packed murder-fest, leaving me as drained and regret-filled as my tour with Spec Ops.

But while I indeed had a miserable time with both Spec Ops and The Walking Dead, I loved nearly every minute of them; like any good anything, they appeal to more than just my love of popping heads, drawing out a far wider range of emotions and responses than "F*CK YER!" and "F*CK YERRRR!" That's the line (cough) between "toys" and "entertainment" -- and it's one I hope games will stay on the right side of in the coming future.

Now if you'll excuse me, I've got to go and soak my head in industrial bleach and unicorn-shaped chocolate.
#ShareonCommunityBlogs
Login to vote this up!