Games You Should Play if You Haven't: Binary Domain

11:18 AM on 07.27.2012 (server time)    0
I had been meaning to play this game for a while now, ever since I heard Nagoshi was working as the producer on the project. The idea of a Japanese, Gears of War style game with the Yakuza series' lineage behind it was awfully steep to deliver on, but Sega somehow managed to create a hybrid of modern, Western shooter design and old-school, Sega style arcade gameplay, and one of the best Japanese games I've played in a while. Binary Domain is a shining beacon in a Japanese industry that's been playing catch up for too long now. 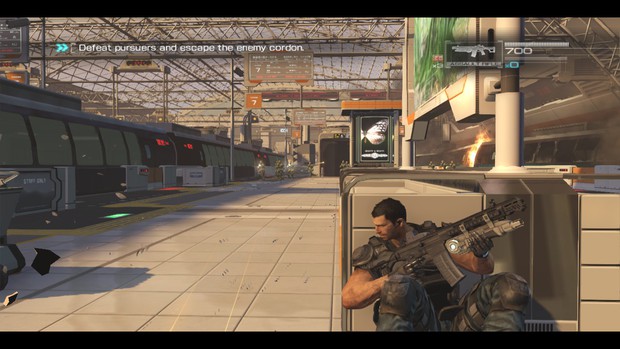 At the end of the day, Binary Domain might not be the best game ever made, but I believe the way the game takes its arcade sensibilities and fashions them onto the framework of a modern shooter should be something to aspire to for all Japanese developers. Too many have fumbled at making even remotely decent games on this generation of consoles, and perhaps Binary Domain can provide the Japanese industry with a reference point on how to make a successful and fun game in this day and age that doesn't poorly ape innovations made in the West but also doesn't remain complacent in out-dated Japanese design either. I can only hope that this game is a sign of even better things yet to come.