5:40 PM on 07.10.2012 (server time)    0
I'm back! And with an uber late mini Review of Pandoras Tower, the 3rd major JRPG release along with Xenoblade Chronicles and The Last story. This was originally posted a couple of weeks ago on my personal blog lookingglass.kokidokom.net but now I'm putting it on the CBlogs so others can take a gander and try to make up their own choices about the game!

OK, this mini review is late... Really late!! In fact, I could have finished the game twice more since I last saw the end credits up until now, but I have a good reason!! Basically, in an unprecedented move where Nintendo wants to appear to actually care for European gamers, they announced a special offer whereby if you register your copy of all 3 major JRPG releases (Xenoblade, the Last Story and Pandora's Tower), they were going to give you a cool little something for free to commemorate their release. You needed to register within a few weeks of the release of Pandora's tower to be eligible so we're not talking huge numbers here! Anyway, once registered, we got a message saying that they would contact us in the first week of June to ask for a shipping address. I think most of us assumed that they would spend the time crafting said items ready for shipment since they knew how many they needed by then. Then, after we told them our addresses, we got a followup email saying that the item would be shipped in October... FFFFFFFFFFFFFFFFFFFFFFFFFFFFFF!!!!!!!!!!! Even when they try to act nice, Nintendo still manages to screw over European gamers! 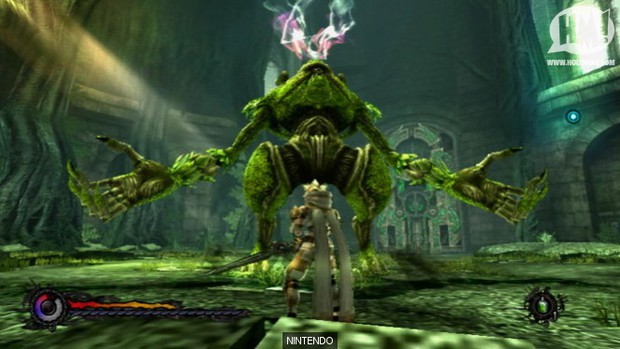 Xenoblade gave us a massive, expansive world with so much to do but was marred by poor storytelling which required you to suspend your belief several miles. At times, I wanted to just slap the characters and spell things out for them because it was just painful watching them progress the way they were doing.
The last story gave us a masterful story which was concise yet large in scope and put in a competent battle system but was marred by being too linear and felt like you had no control over where anything was headed, even though it wanted to give you the illusion that you had some say (the "choices" given to the player sums it up neatly).
As for Pandora's Tower, it gave us the best sense of exploration, made me care about the characters more than the previous 2 games and showed that a story doesn't have to be epic to be a JRPG.

And, incidentally, I enjoyed my time with Pandora's Tower more than Xenoblade. Xenoblade may have been the larger title in pretty much every way but it really started to drag near the end. At the same time, the Last Story felt a little too abrupt, even though you could see the end coming a mile off! Ultimately, there was no "best" between the 3 but each one catered to a different element that makes a great JRPG. If you miss out on one, you're missing out on something!
#ShareonCommunityBlogs
Login to vote this up!