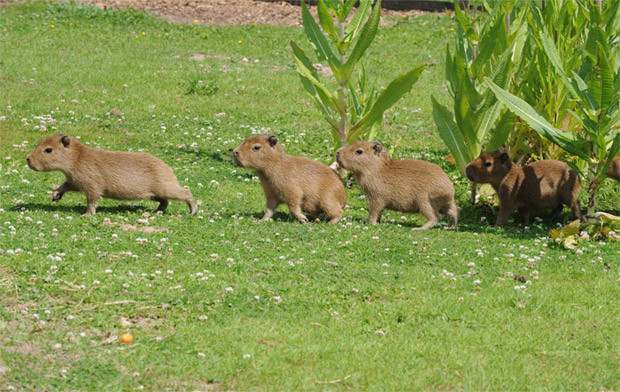 While many Americans are spending the day grilling, drinking, and hanging out with their friends and families, science is happening elsewhere in the world. Much of the Destructoid staff has peaced out already, so content will be extremely sparse today -- but you probably knew that.

We've got Chad's lovely little holiday-themed feature that just went up, and there's also a bit of news on the Final Fantasy VII re-release for PC and Fraser's review of The Journey Down in the queue. And that's about it at the time of writing this.

So, if you had hoped to be entertained by a decent flow of stories today, consider this a kind nudge to go out and burn through the day elsewhere; possibly not even on the Internet. Just a suggestion. Might I also suggest playing Spelunky now that it's out on Xbox Live Arcade? Alternatively, Indie Games put up a solid list of similar games that can be played without an Xbox 360.

If you are reading this now, well, thank you. I assume that means you are a dedicated follower of the dumb (and sometimes not dumb!) stuff we do. Or else you're bored off your ass at work. Either way, thank you for sticking with us. There have been a lot of ups and downs over the years, but I think we're on the right track, at least from the inside looking out. I'm feeling good about the future.
#ShareonCommunityBlogs
Login to vote this up!

Jordan is a founding member of Destructoid and poster of seemingly random pictures. They are anything but random.