You Actually Own All of Those Games You've Downloaded

11:50 AM on 07.04.2012 (server time)    0
Yesterday the Court of Justice of the European Union made a landmark ruling on an issue that has been the point of much discussion over the last couple of years: used games. We all know that we have the right to sell our used games, despite what software manufacturers may think, but today’s ruling concerns the application of the same principle to digitally distributed software.

I’ve discussed this issue extensively in the past, but it was always in the context of used game discs. I had been resigned to the fact that, as with most computer software, downloadable games were saddled with an End User License Agreement stating that I, in effect, don’t own the software but rather a license to use it. Not according to the EU’s highest court, it seems.

“An author of software cannot oppose the resale of his ‘used’ licences allowing the use of his programs downloaded from the internet.” The court stated in its decision. Sure, publishers can’t block the sale under this law but couldn’t they just refuse access to aquire the software once you have purchased, in effect, the license from your friend?

“Therefore the new acquirer of the user licence, such as a customer of UsedSoft, may, as a lawful acquirer of the corrected and updated copy of the computer program concerned, download that copy from the copyright holder’s website.” Right there, that’s it, that’s the most important sentence in the ruling, if you ask me. 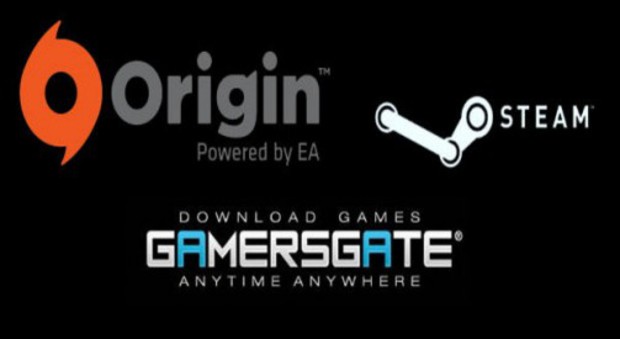 Now, we all know that publishers can, and do, block access to extended features for used copies of games, such as access to multiplayer servers, but they can no longer deny that you own the product you’ve purchased. Ownership was always the point I was trying to make whenever this issue came up in the past; when you buy a car the dealership does not try to say it still owns that car, that would be ridiculous. Why then, have we accepted this setup when it comes to downloadable games? Why have I accepted it?

While digital distributors, like Valve, EA or Microsoft, have yet to weigh in on how they’ll comply with this decision, they can take heart in the fact that it isn’t legalizing piracy. The decision also calls for users to “make the copy downloaded onto his own computer unusable at the time of resale.” A completely reasonable caveat, but one that escapes publishers when they argue in favor of online passes to subsidize the cost of game servers for multiplayer games. This argument, in my opinion, has always been null and void as, when I sell a copy of a game to my friend, the amount of users playing the game hasn’t doubled so no addition capacity is needed.

Though I’m sure that publishers will eventually come up with a way to stop this, such as subscription services, but the question of ownership need never be asked again and that’s what I’ve always wanted publishers to understand. Once I buy your product, it is mine. It isn’t OK for me to duplicate it and give it to other people, but it is mine to transfer ownership of.

The doubly encouraging thing about this ruling is that, unlike the completely misguided and nonsensical American SOPA and PIPA bills or Canada’s Bill C-30, this decision was written by people who understand the technology they’re speaking about. Imagine, actually researching the subject you’re about make a law or legal decision regarding. Let’s hope the rest of the world can open its eyes to this line of thinking.

What really gets me going on this subject, whenever it comes up, is that I fervently wish that game companies would stop trying to make $10 from the guy who bought (insert your favorite Shooter) from his friend. Stop trying to recoup the cost exorbitant, and misguided, marketing strategies from the kid who only has $40 for a used copy of a game. Stop worrying about me lending my games to my friends, there’s still only one person playing that copy at one time, and start examining your own processes and procedures. Find a way to stop laying off half of the staff in one of your studios the same week they ship a game. Find a way to not shutter a studio for selling 2.5 million copies of a game instead of 3 million. Getting back to making a game that people want to buy, want to play with their friends, and want to replay are much better uses of your time than trying to block the sale of a $15 game.
#ShareonCommunityBlogs
Login to vote this up!

I love to read, write and talk about video games. Oh, and play them. I'm into a number of different genres and styles and will play almost anything. Except 3rd rate, 3rd person shooters, those are shit. A few of my favorites are Demon's/Dark Souls, Halo(all the Halo), Ghost Recon, Fallout (past and present), Final Fantasy, Resident Evil, Silent Hill, Neverwinter Nights, Portal 2, I could be here all day. You can read more of my stuff at The Controller Online or follow me on Twitter @TCO_Scott.