Quest for Blood: How Seeking Ultraviolence Showed Me the Best Side of Videogames 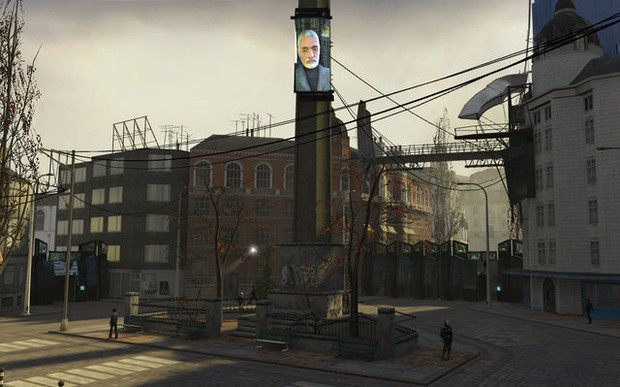 The effort was a success, and I'd sent Dr. Breen crashing down the reactor within 48 hours. With no known homicides appearing in the following months, the hardest barrier was now shattered, and a pattern began to emerge: I'd comb through websites and old Game Informer issues looking for the cream-of-the-M-rated-crop, explain what made each game so great, and watch my collection slowly grow. Here's Deus Ex, in which the player is capable of and rewarded for not taking a single life, highlighting its open-ended and player-driven nature; this one's Bioshock, whose setting and characters are so instantly compelling and engrossing; check out Halo, which couples its breathtaking vistas with a fun, pulpy sci-fi plot; Grand Theft Auto IV isn't cool because you can shoot up prostitutes, but rather because a ludicrous amount of detail is poured into every square inch of architecture, meshing with unprecedented depth in procedural character behavior and a Tarantino-like flair in its wickedly sharp dialogue.

Almost completely unintentionally, I had attuned myself to what makes some of the medium's most beloved works so well-regarded and widely praised; it happened slowly, and, for a time, unconsciously, but my adolescent hard-on for extravagant violence had guided me, crotch-first, directly toward gaming's finest examples. Over several years, my faux-snobbery gradually morphed into honest-to-goodness for-real snobbery, slowly but surely molding my talents, interests, and personality to be thirty times more videogames than I'd have ever thought.

Would I have developed such an ardent and, at times, blind love for our little hobby had my upbringing been a little more lax on age restrictions? Would I still be churning out 1500-word articles about the subject if I'd been able to drill into dino heads in Turok 2 during my formative years? Probably. Would I care as much about its making? About what it can do as much as what it already does? Would I still want to tear apart and examine the nuts and bolts of nearly every game I buy? Probably not; so, for that, thanks, Mom and Dad. Your well-meaning overprotectiveness ended up failing in just the right way, driving me in however roundabout a manner to end up looking for and appreciating mature experiences in the sense of true maturity: not fountains of blood and geysers of curse words, but subtlety and nuance; depth and wit; scope, scale, and the willingness to push things farther and farther in the search for more compelling, meaningful, and plain-ol' fun experiences -- for real this time.
#ShareonCommunityBlogs
Login to vote this up!