So if you haven't heard already, old games are still cool! A lot of people I see on various forums and blogs aren't even old enough to remember a world before the 3DFX chip. My first PC didn't even have a color screen (original Mac Plus) lol. The greatest thing about games back then though was how boundaries just didn't seem to exist. You basically just had a canvas and you could throw whatever the hell you wanted at it. Some things stuck and others not so much, It didn't matter though because there was still a charm you couldn't put a price on. Through the years however, preserving these titles is not an easy process. Not all gamers are computer wiz's and a lot of gamers just don't want to hassle around with a bunch of software just to make a classic game run properly.

GOG to the rescue

GOG.com is a website owned by game developer CD Projekt Red, the creators of the Witcher series of games. They specialize in taking old games and sprucing them up with software like DOSbox and ScummVM to make them work directly after install. All of their games are also pure and free of DRM of any sort. After an account is made you have a virtual shelf that you can download from at any time. The download itself comes in a simple folder that is usually filled with little goodies like the game soundtrack, artwork, avatars, the list goes on. A simple one click installer and your ready to game. The ease of use deserves an award. The catalog though, it deserves several. A little box of awesome!!!

As of this post there are 408 games on GOG. The best selling of which and has been since I have been going there since last summer is non other than Baldurs Gate II. Who over at Bioware could have thought back in 2000, "Gee I wonder how our game is going to play in 2012?". No developer has the ability to design a game beyond the current OS and future screen resolutions. GOG fixed those issues and now gamers can again or for the first time venture into one of the greatest RPGS of all time.

Just recently though GOG has expanded its library to more triple A titles and a lot of indie games too! From Botanicula to Gothic II all the way to Alan Wake. One of the triple A titles that surprised me recently and actually prompted me creating this post was 2008s Far Cry 2. 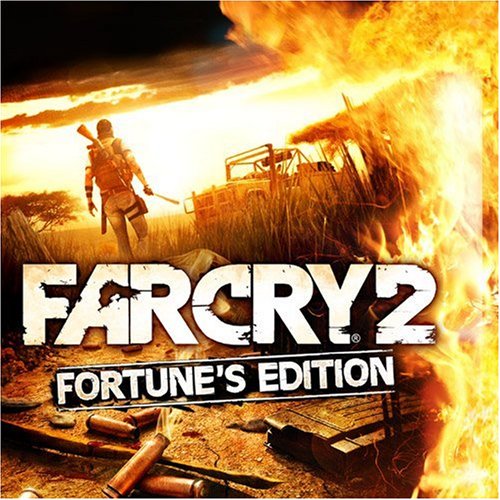 Far Cry 2 Fortunes Edition to be exact. See I remember playing Far Cry 2 back when it came out, and I don't remember it being this good. When I bought it I had just put in a brand new geforce 8800gt (i miss that card...well maybe not) My max res back then was 1024x768 and I couldn't blow up the game even in that resolution. Also I remember it being buggy and laggy. I enjoyed it when it worked but I really never loved it. I bought the Fortune Edition on GOG this weekend for $10 bucks just to test it out on my current rig. Now that I can max the game out in full 1080p and without any noticeable bugs thus far I can actually explore this amazing game. 6 hours into the story I can create a full post about this game alone. I won't do that in this post though but I will thank GOG for all it has done for me and gamers around the world. Whether you are an old gamer looking to reminisce or a young gamer looking for a good history lesson, GOG is your one stop shop.
#ShareonCommunityBlogs
Login to vote this up!