El Presidente: Gaming within a game

5:57 AM on 06.19.2012 (server time)    0
1999, For console gamers, online multiplayer was in the distant future and at the time, would have been assumed to be a sex act by anyone that heard it. In my little corner of the globe the Nintendo 64 rained supreme for one reason: 4 player multilayer.


If Resident Evil was a family bonding game, then the N64 was friend bonding over killing each other. My house was located on the way to school, so many of my friends would stop by my house before first class. Here I would play host to morning battle royals!

Super Smash Brothers, Perfect Dark, Mario Kart, Duke Nukem 64 and of course Golden Eye where all on heavy rotation. If Resident Evil was a family bonding game, then the N64 was friends bonding over killing each other in a variety of ways. 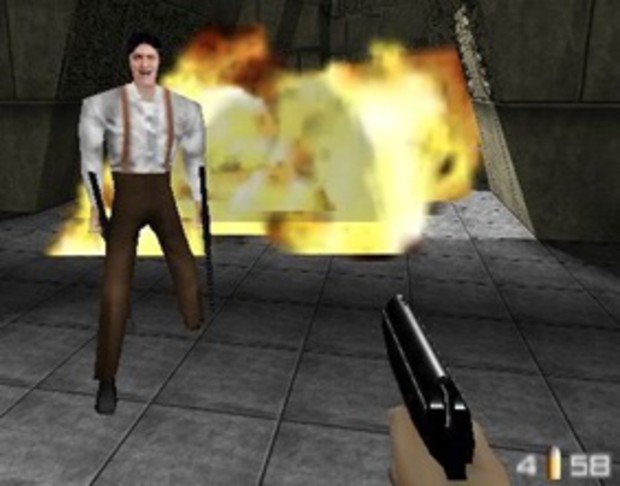 All of these efforts usually resulted in a slightly injured Jaws and very dead body guards. As you can imagine, this course of events turned out very poorly for El Presidente. The image of jaws emerging from a smoke filled hallway after a an explosion is one of my best memories of gaming with my friends. (That and we invented a theme song for El Presidente, which was sang constantly throughout the game. )

I’d love to hear about any of your personal games you invented within games, wether the old or new, the more the better! As always, thanks for reading!
#ShareonCommunityBlogs
Login to vote this up!