Being the ever proud overly cynical movie critic I am, I was bored one day and started thinking about movies that have one or two things that make me go "wait, what were the writers thinking when they got to this part of the plot". Obviously nothing is perfect, but for the sake of entertainment I decided to put together a list of six pieces of bad or lazy writing that only stand out when you sit back and think about it on your own free time.

6- The Enterprise could have been saved with a simple procedure
Star Trek: Generations

Most people are generally familiar with the storyline in the Back to the Future, and generally remember that Back to the Future 2 ends with the DeLorean (with Doc Brown inside of it) getting struck by lightning and shot back 1885’s old west version of Hill Valley. This leaves the second installment of the series with a cliffhanger and sets up the under-appreciated third movie.

I’ll recap how the events play out in a little bit of detail, just because it will be important later on. After Marty and Doc take the sports almanac from Biff and destroy it the DeLorean gets struck by lightning and shot back into the 1800’s, Marty knows this because Doc sends a letter from the old west to Marty through a relatively clever use of time-travel logic. Marty, since he’s stuck in 1955 again, promptly runs back into Hill Valley to find 50’s Doc Brown who literally just sent BttF1 Marty back to 1985. Marty and 50’s Doc then use the letter that 1980’s Doc Brown (the one now stuck in 1885) gave Marty to find the DeLorean that shot 80’s Doc into the old west, because 80’s Doc buried it so Marty could use it to get out of 1955 (…again).

During their process of getting the DeLorean again, Doc and Marty discover the gravestone of 80s Doc Brown. After doing a little research, they find out that 80’s Doc gets gunned down 8 days after he writes the letter that Marty gets and there’s an ambiguous line on his gravestone about a beloved Clara. In light of this information, instead of going back to 1985 like 80’s Doc asked, Marty and 50’s Doc use the DeLorean to send Marty to 1885 to save 80’s Doc. Marty and Doc do the whole wild west thing, Doc falls in love with a teacher named Clara, and eventually Marty gets sent back to 1985 while Doc stays behind with Clara (only to build another time machine that looks like a train) and everyone lives happily ever after.

But when you think about it…
Back to the Future 1 already established that anything 1950’s Doc learns becomes a part of 1980’s Doc’s memory. This comes into play in two parts of the first movie – if you pay attention during the opening shot of the movie with all the clocks in Doc’s home, you’ll see there’s a cutout of Doc hanging from one of the arms of a clock just like 50’s Doc does in the climax even though none of this happens yet in the movie, and 80’s Doc Brown reassembled the letter that Marty gave him in the 50’s in order to save his own life. This means that anything 50’s Doc learns because of Marty should instantly become knowledge of 80’s Doc, regardless of where 80’s Doc currently is in relative to time.

This means that Doc should have been able to avoid being sent to the old west all together, because he already knew when/where/how it was going to happen since Marty already told him. 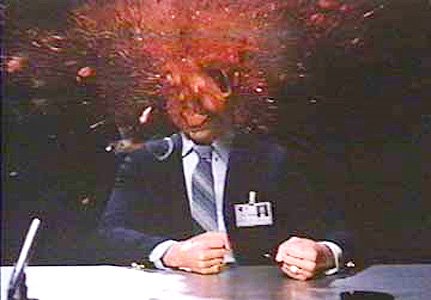 As I already said, after Doc gets shot into the 1800’s Marty goes to 1955 Doc for help. In the process of getting this help, Marty tells 1950’s Doc everything involving what happened to his future self and even lets Doc read the letter he sent to Marty. Therefore, this knowledge should have also been known by 80’s Doc who could have avoided the 1800’s trip all-together. Now you might be thinking “What if Doc intentionally sent himself back to 1885?” My response to you would be “But why”? All 80’s Doc would know is that he gets sent back into 1885 and that Marty and his younger self find out he gets murdered some time later. Considering 80’s Doc has already used time travel knowledge to avoid his death once (see: the first movie), why would he suddenly do the complete opposite and willingly send himself to a pointless death? The only wild card would be his urge to find out who “his beloved Clara” is after 30 years of pondering about it, which would either make Doc Brown a complete madman or have a bigger set of balls then we imagined.