2:36 PM on 06.14.2012 (server time)    0
[Note: This is not my blog. This blog was written by community member Karutomaru, whose account is currently undergoing difficulties.]

As I’ve been quick to constantly remind everyone, this generation hasn’t exactly been a spectacular follow up to the last one. Last generation we got high quality story-driven content-heavy masterpieces like Resident Evil 4, Tales of Symphonia, Kingdom Hearts, Viewtiful Joe, and Shadow of the Colossus. Yet despite the Wii being significantly stronger than the systems those were on, few games have ever come close to being on their level. Sure, we got some that did, like Madworld, Twilight Princess, and Sengoku Basara, but with our heightened expectations, we haven’t gotten as much as we want or deserve.

How many games these days have the cinematic quality of Resident Evil 4 or the open world and length of Tales of Symphonia? Everything is a mission selection, and although that isn’t necessarily bad, it doesn’t make the games feel quite like an adventure. I started losing my faith in critics too, after the disappointing and overrated Rayman Origins. I just wanted an epic game with tons upon tons upon tons of time, money, and effort shoveled into it like someone discovered a planet made entirely of oil. 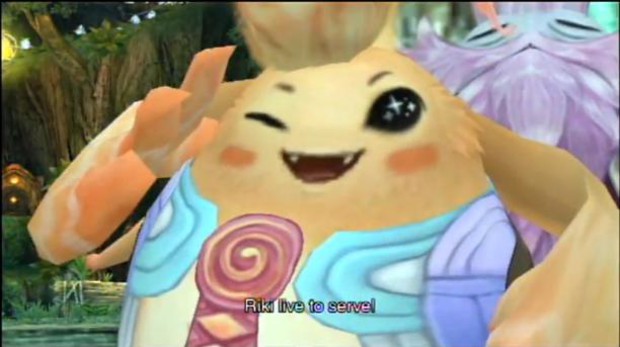 The following is an extremely difficult thing to type, because for the longest time, I have always considered the god of gaming’s bloody masterpiece Madworld to be the greatest game of this generation, but that changes now…

Xenoblade is the greatest game of this generation!

Xenoblade is exactly what I was looking for. It’s like the Resident Evil 4 of this generation. The time, money, and effort put into Xenoblade is unlike any other Wii game before it. It is truly a masterpiece of the modern age that I can’t recommend enough. A few poor design decisions and preferences can’t work to the full detriment of a game that has both a large open world and an excellent story to go along with it. I give Xenoblade Chronicles a 9.5 out of 10. The highest score I have ever given on Destructoid. Congratulations Xenoblade Chronicles. You beat out Madworld. Fucking Madworld! Do you have any idea what that means? You beat out the god of gaming! Maybe just by a hair, but still!

And now I’m doing it all over again in Japanese. Unless Last Story crosses infinity twice, Xenoblade is my Game of the Year.
#ShareonCommunityBlogs
Login to vote this up!