E3: How Nintendo left me Flaccid

9:25 PM on 06.09.2012 (server time)    0
So E3 is all finished now and we're left with our usual degrees of mass excitement and mass disappointment. I feel like every year though almost everyone is highly interested in Nintendo's conference, even if you hate or love them you feel compelled to watch because more often than not they'll be the talk of the show, for good or bad.

I felt that this years conference was important though, they really had to nail it and not fuck up. I was not sold on the Wii-U at all last year but to be fair it was very early days and with time I became more interested and optimistic about the console. The Wii may have been a huge success but it also turned off a lot of people from Nintendo, so they really needed to grab peoples attention this time round. Show us why we should buy your console!

I consider myself a part of the crowd who got turned off due to the Wii however I don't consider myself a hater of all things that Nintendo does, I wanted Nintendo to convince me here, I really did but unfortunately they failed. This goes beyond any problems one might have with the console or games but also with the structure of the conference because in the end if you can end a conference with people feeling excited about your companies future then that's going to have a positive impact on your product.

So I'm going to highlight the problems of the show and why it failed to sell me and others on the Wii-U, I will say however this was not a bad conference, it didn't leave me with an awful taste, my problem with it is that this should of been the show where they really convince us gamers to buy their console and I feel like they failed on that, with that out of the way let's dig in! 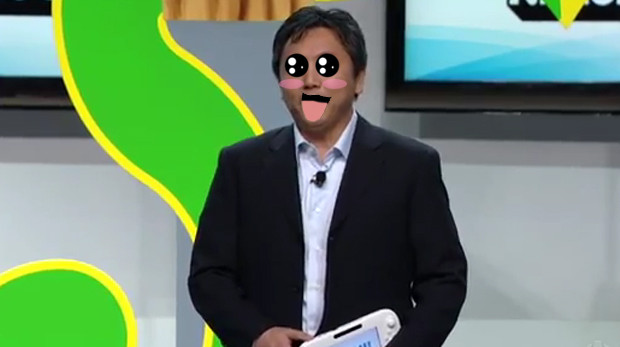 Now I almost don't want to say anything bad about Nintendo Land since the guy behind it all Katsuya Eguchi seemed so happy talking about it on stage, what an adorable little guy! But the thing is although this isn't a game I don't have much interest in I'm not angry about it or hate it, heck sounds like the thing could hold some value and fun, so what's the problem? As you may have guessed my problem with it all was this is what they ended the show with. You see the show started off strong and slowly went downhill from there, sorta like a loud violent fart that slowly reduces to a wet whimpering high pitched peep.

Now I wasn't expecting a grand reveal of something like Zelda or Metroid, I like my surprises but considering Skyward Sword only came out last year it was fairly obvious we wouldn't be getting something as grand. Pikmin 3 was really their big trump card that everyone was excited to see which again returns to my point it should of been kept till the end of the show. They could of maybe started the show with NSMBU or even do what Sony did and just give us a montage of games to get everyone pumped up. Nintendo Land would of felt more in place in the middle of the show where things were beginning to die down, this would of grabbed peoples interest better instead of ending on a fucking firework display.

In the end I'm just sad I'm still not on board with the Wii-U, that Nintendo did very little to excite me, very little to change my mind and others. But I'll end this on a positive note because I'm not going to pretend like the Wii-U has nothing good going for it. Like I said before I'm totally on board with Pikmin 3 which has convinced me to go get the previous 2 games, I'm mad fucking excited for Rayman Legends a sequel to my favourite game from 2011, Lego City Undercover looks like it could be some light hearted fun, Project P-100 I'm dying to see more of and ZombiU could turn out to be something special.But above all I know that despite what this conference may indicate Nintendo do have special things in store for the Wii-U, I guess a lot of it just wasn't ready in time.
#OpinionEditorial
Login to vote this up!